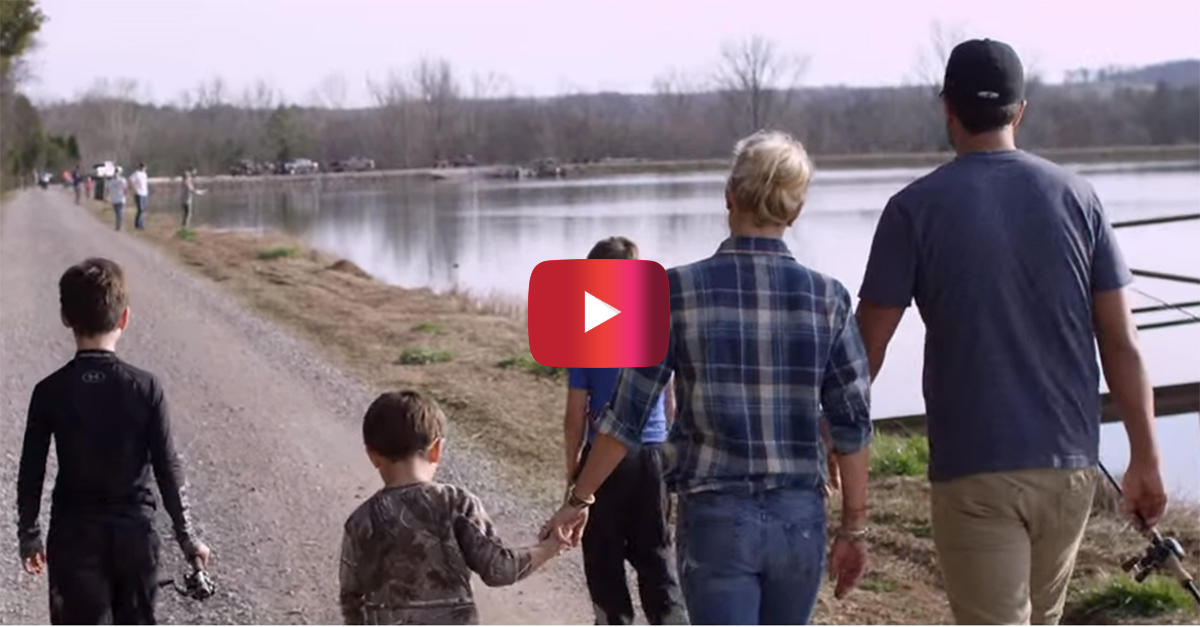 This is the Luke Bryan we know and love.

Luke is no stranger to criticism for being at the head of the bro-country movement, and though it may be true that he does have those bro-moments, he also has moments like his video for his new song, ?Huntin?, Fishin? And Lovin? Every Day.?

After debuting the song with a live performance on the 51st ACM Awards, his team released the music video the moment he walked offstage. While it?s not often that a video can outshine a live performance, this one may be the exception to that rule.

Featuring his wife, Caroline, and their sons, the video seems less like an official music video and more like a home movie. You can sense that Luke and his boys are at ease riding four wheelers, building campfires and living a life outdoors. You know what’s even more fantastic about the video?

The smiles and the laughter are real.

RELATED: Watch as our innocent question turns into a dirty convo between Luke Bryan and Dierks Bentley

It?s nice to see a family love like this and enjoy each other as much as Luke and his family obviously do. And it?s nice to hear Luke getting back to some true country music.

This kind of song and this kind of family, this is what life is supposed to be all about.