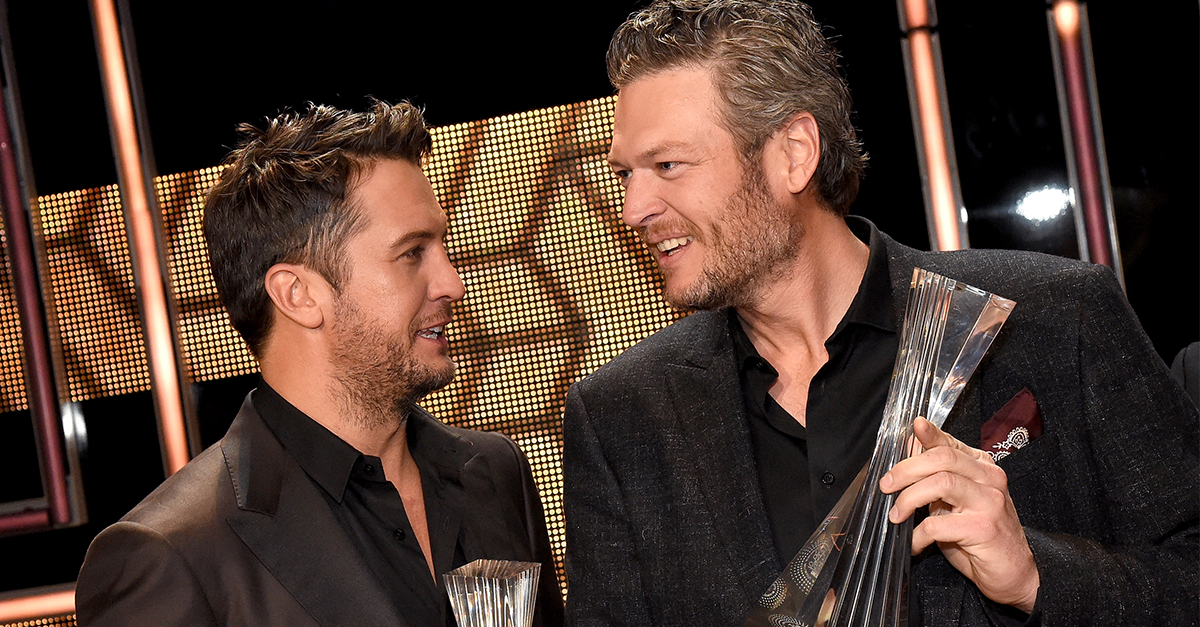 By now, Blake Shelton, 40, and Gwen Stefani, 47, have gotten pretty comfortable popping in on each other’s shows to sing their heartfelt duet, “Go Ahead and Break My Heart.”

So it’s no surprise that they turned the surprises up a notch when Gwen dropped in on Blake’s headlining set to sing her hit, “Hella Good,” at the third annual Luke Bryan’s Crash My Playa concert, which took place Jan. 19-22.

RELATED: Could Luke Bryan find himself sitting next to Blake Shelton on “The Voice” someday?

It was then that Gwen also rubbed shoulders with a few of Blake’s close country pals including Luke, Little Big Town, Randy Houser, Dustin Lynch and more. And now that they’ve gotten a chance to spend some time together, Luke is coming forward with his opinion on Gwen.

In an interview with PEOPLE Luke said, “I think Gwen enjoys learning a little bit more about us country people! But she totally fits in and has a blast.”

During the four-day concert series, Blake and Gwen enjoyed some sun and relaxation on the beaches of Riviera Maya, Mexico. Gwen even snapchatted a few photos from the event.

“They’re excited to be on vacation and we’re happy they have the ability to enjoy themselves,” said Luke.

RELATED: It sounds like there’s a “The Voice” bromance brewing between Blake Shelton and Luke Bryan

Fans may already know that Luke and Blake have been famous friends for many years. So, it’s important that the “Sangria” singer has his buddy’s approval. Not only that but Luke is set to advise Team Blake on NBC’s “The Voice” next season, which means he will be mingling with Blake and Gwen, who are coaches on the show. We are so glad to hear that Luke has glowing remarks for Blake’s muse!

Fans can catch Luke, Blake and Gwen as well as returning coaches, Adam Levine and Alicia Keys, on “The Voice” when it airs on Feb. 27 on NBC.