Luke Bryan nearly takes a tumble at a pre-show party 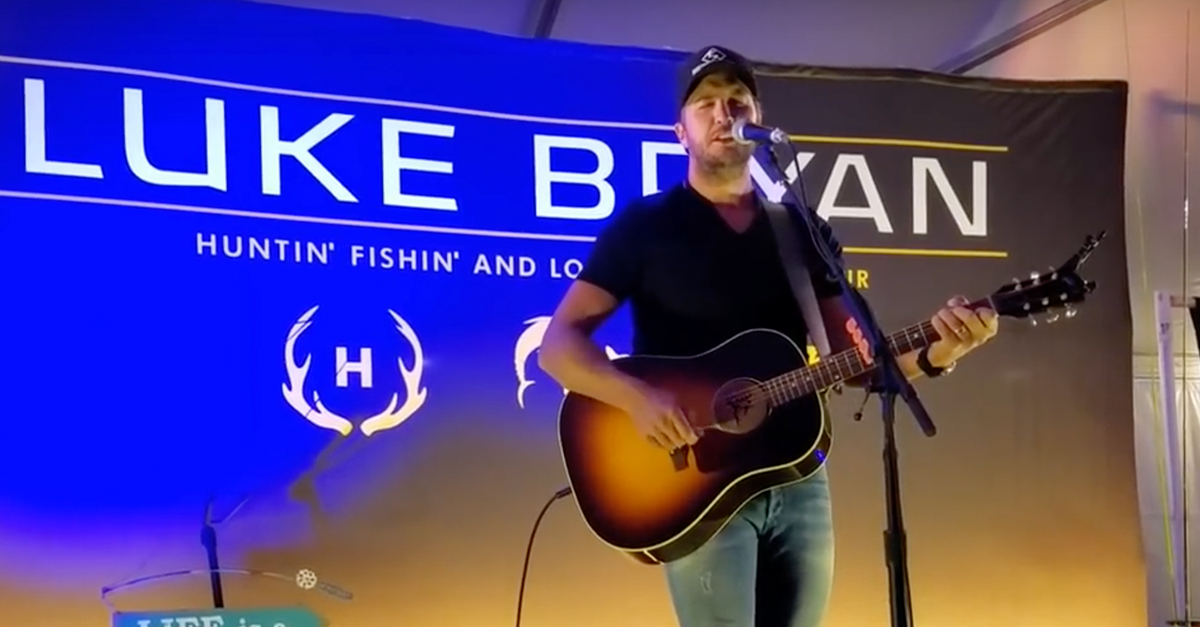 Luke Bryan has developed a reputation for his sexy dance moves, but it looks like his stage tumbles may come in a close second to those oh so bodacious booty shakes.

In fact, the country superstar nearly missed his step while walking onstage during a VIP show during his current ?Huntin,? Fishin,? and Lovin? Every Day Tour.”

One fan captured footage of the mishap and posted it to Twitter.

As you can see in the clip above, Luke is full of confidence as he tries to run up onstage to grab his guitar. That?s when he loses his footing, and turns around to see what caught hold of his leg. Despite his lack of balance, Luke shook it off and went on to please the crowd.

However, once he finished performing his set, he lost his balance yet again.

?I?m dead, he tripped in VIP again,? the same fan tweeted, alongside a clip showing Luke grabbing onto someone?s hand, while stumbling down the steps.

This is the second time in a week that Luke caught himself in a trip. On June 24, he fell off of a cooler while singing his 2008 song ?Country Man? at the Xfinity Center in Mansfield, Massachusetts.

Poor Luke! If only his walking came as easy as his dancing.