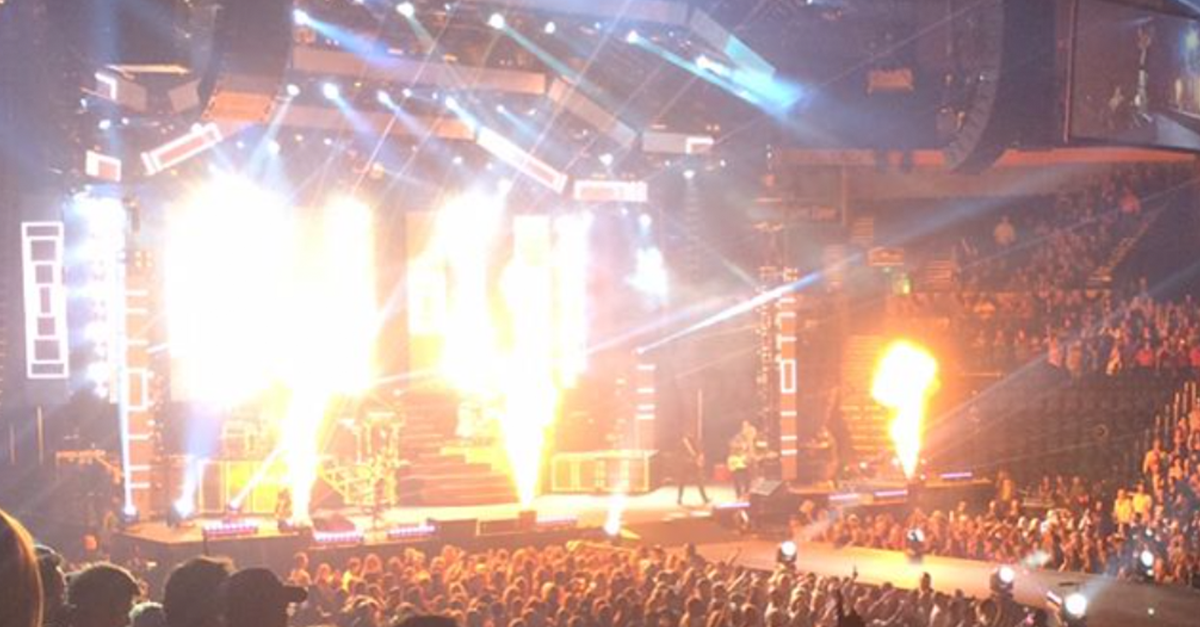 Luke Bryan opened his Huntin’, Fishin’ and Lovin’ Every Day Tour in Nashville May 5, and the new show delivered some really big moments. Just look at that shot of flames erupting from every part of the stage!

Fire coming up and fire falling down at last night's @lukebryan #huntinfishinlovineveryday tour stop in #Nashville!

Rare Country caught up with Luke just before he launched the trek, and he told us he’s been rehearsing with the new stage to avoid any major mishaps. He’d been off the road for about a month since the ACM Awards, so he had to get his head back in the game for this tour launch.

RELATED: Luke Bryan’s batteries are fully recharged after spending downtime with his boys

Luke said the day before the tour launched, “So, I’m kind of unrehearsed. So, we’re going to get with my band and make sure I’m in the right spot and not standing on a flamethrower.”

Of course, Luke has had quite a few stage falls in the past few years, but that’s not so much an issue when it’s his own stage.

“The stages that I typically fall off of, if they have a characteristic, it’s amphitheaters because all those stages are different, “Luke told us. “When we’re on my stage, I’ve usually got some pretty good muscle memory going on where I’m not somewhere where I shouldn’t be.”

Coming back from the break, Luke took command of the sold-out crowd at Nashville’s Bridgestone Arena with a hits-packed set. He even brought out Little Big Town’s Karen Fairchild to sing their hit duet “Home Alone Tonight.” Luke then sat down at the piano to accompany Karen as she sang “Girl Crush,” and they capped it all off with some tequila shots.

If there was a mistake on Luke’s part, the crowd never saw it. He told us little slips are bound to happen when he’s been off the road for a month, though.

Luke saids, “As far as being rusty, you’ll jumble some verses up on songs, or something like that, but hey, what do you do, but laugh it off?”

Luke’s new tour features Brett Eldredge and newcomer Adam Craig in the opening spots. You probably know Brett’s music, but we wanted to give you a taste of Adam Craig’s vocal talents. He’s definitely giving you a good to make sure you get to the show on time for Luke’s concerts this summer.