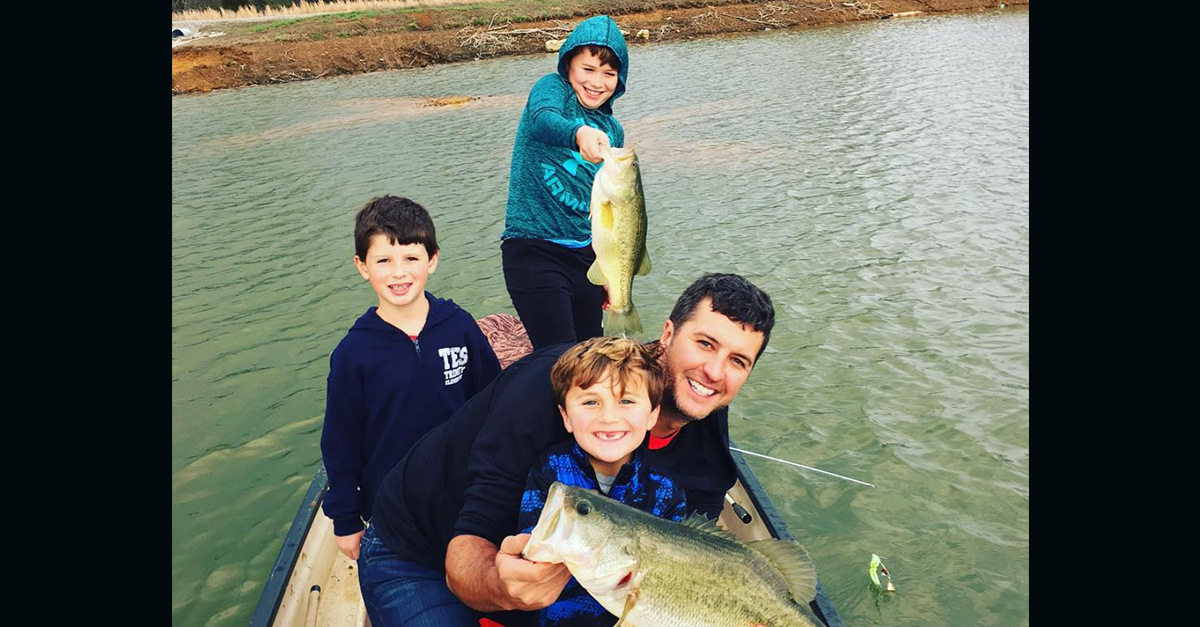 After Luke Bryan hosted the ACM Awards in early April, he did something he hadn’t done in years — took some time off.

Aside from one show at a festival, Luke has been spending all of his time at home in Tennessee with his family. During that downtime, they lived out the lyrics to his hit song, “Huntin’ Fishin’ and Lovin’ Every Day.”

We caught up with Luke on May 4 as he was getting ready to launch his new tour on May 5 in Nashville. He tells Rare Country, “I enjoyed being home and got to do a little turkey hunting with my boys and been doing some fishing with my boys.”

Bo and Tate doubled up today!#Hfe

Those boys Luke’s talking about are his sons Bo and Tate and his nephew, Til. Not being on the road gave Luke a chance to really get back on the boys’ time table, which isn’t so easy to do when you’re playing concerts until midnight.

“When you go to bed at 1:30 a.m. out on the road and you try to wake up at 6 a.m. to get the kids off to school, it doesn’t really go that well. So, I sleep in at home [when I’m touring],” Luke says. “I’ve enjoyed being home. I kind of live two lives. I’m a husband and a dad, and then I’m this country music singer. So, what’s been nice is to actually go to bed at a normal hour and wake up early. I’ve kind of certainly gotten to see how much my wife, how much she puts in in the mornings to get the boys to school.”

That break is over now as Luke launches his Huntin’, Fishin, and Lovin’ Every Day Tour with a two-night stand in Nashville May 5-6.

Says Luke, “Now, I’ve got to get back to being the country singer.”

He’s on the road all summer long, and you can get tickets here.

As for that spiffy Huntin’, Fishin’ and Lovin’ Every Day hat Luke’s wearing for our interview, you can get yourself one at Cabelas.com. It’s part of Luke’s HFE collection.