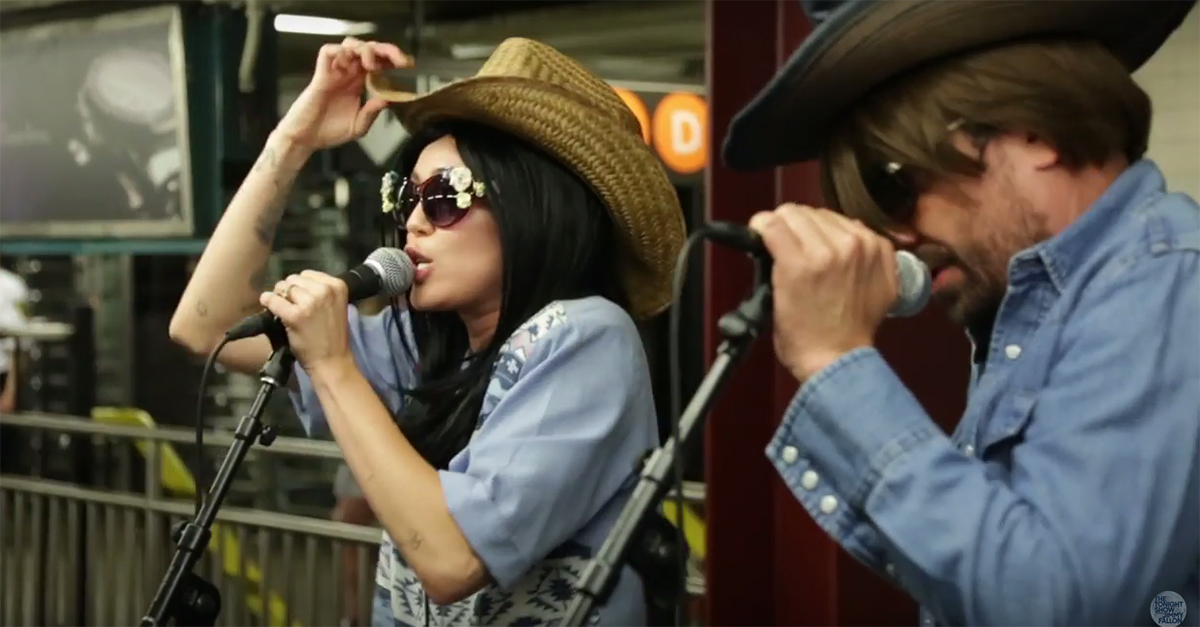 Miley Cyrus took over NBC?s ?The Tonight Show Starring Jimmy Fallon,? on June 14, where she sat down for a free spirited interview. She also performed two new songs, “Malibu” and “Inspired,” from her as-yet-untitled forthcoming album.

Perhaps the most hilarious highlight of her appearance took place when she and host Jimmy Fallon dressed up in disguises and ventured off to the New York City Subway.

RELATED: Miley Cyrus will make your heart melt with these epic flashback photos

In this pre-recorded Subway Busking segment, aired during the show, Miley and Jimmy sport cowboy hats, wigs and shades. Once they find their place near a set of microphones, the former Disney star shouts out an energetic ?Yee-Haw.? She then belts out a near flawless rendition of Dolly Parton?s country classic, ?Jolene.?

Jimmy, who contributes to the tune by playing tambourine, waits until the very end of the song to add his vocals on the final chorus. Meanwhile, curious passerbys stop to hold up their phones to get footage of all the action.

By the time the two stars segue into Miley?s signature hit, ?Party in the U.S.A,? they?re surrounded by a whole swarm of onlookers.

Interestingly enough, this is the first time that Miley has ever been inside the New York City Subway. During the sit-down portion of her appearance she said, ?I will always remember it. I don?t think it?s like anyone else?s first time.?

Watch the video above to see Miley and Jimmy?s undercover performance in the New York City Subway.