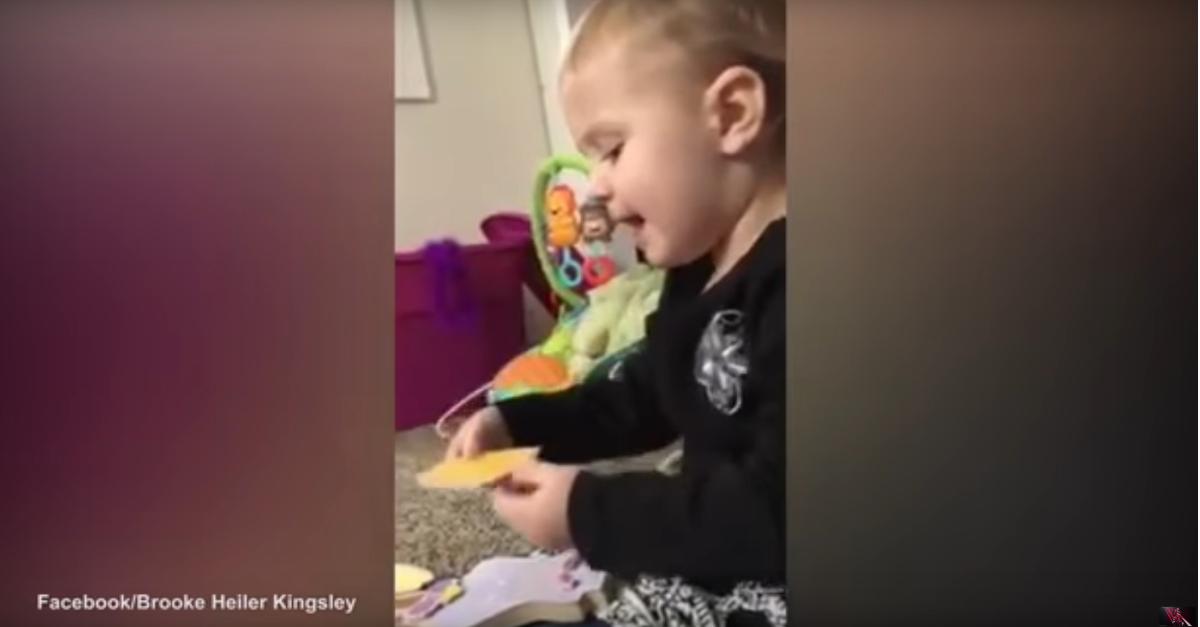 Dolly Parton’s 1973 hit “Jolene” is so timeless that it’s been covered by a variety of big-named artists such as The White Stripes, Olivia Newton-John, Ellie Goulding and Miley Cyrus.

But, perhaps no other remake of the song is as precious as this one!

Back in December, two-year-old Sophia of Lansing, Michigan starred in a home video that was taken by her mother, Brooke Kingsley. The clip, which featured Sophia singing the lyrics to “Jolene,” was posted on Facebook and has already racked up more than 5 million views!

As you can see in the video above, Sophia is shown sitting on the floor of a room filled with toys. Not knowing that her mother is watching, she adorably belts out the words to the country legend’s classic tune. What’s even cuter is that the youngster can hardly pronounce the name Jolene. Instead, she substitutes it out for ‘Darlene.’ As Sophia continues to sing the song that debuted decades before her birth, her mother tiptoes in closer and eventually sits down beside her musical prodigy.

While speaking to FOX 17 in Michigan Brooke said, “[Sophia’s] always been very vocal. I was actually just finishing cleaning the house and I could hear her in the playroom singing so I was like, ‘okay, I think she must be singing a little song,’ so I just kind of turned on my phone and just walked in there and she was singing ‘Jolene’ by herself.”

“Music’s always been a big part of her growing up,” added Brooke’s husband, Jordan.

So far, Dolly has not yet commented on the video, but we can only imagine that she would love it! Watch the video above!