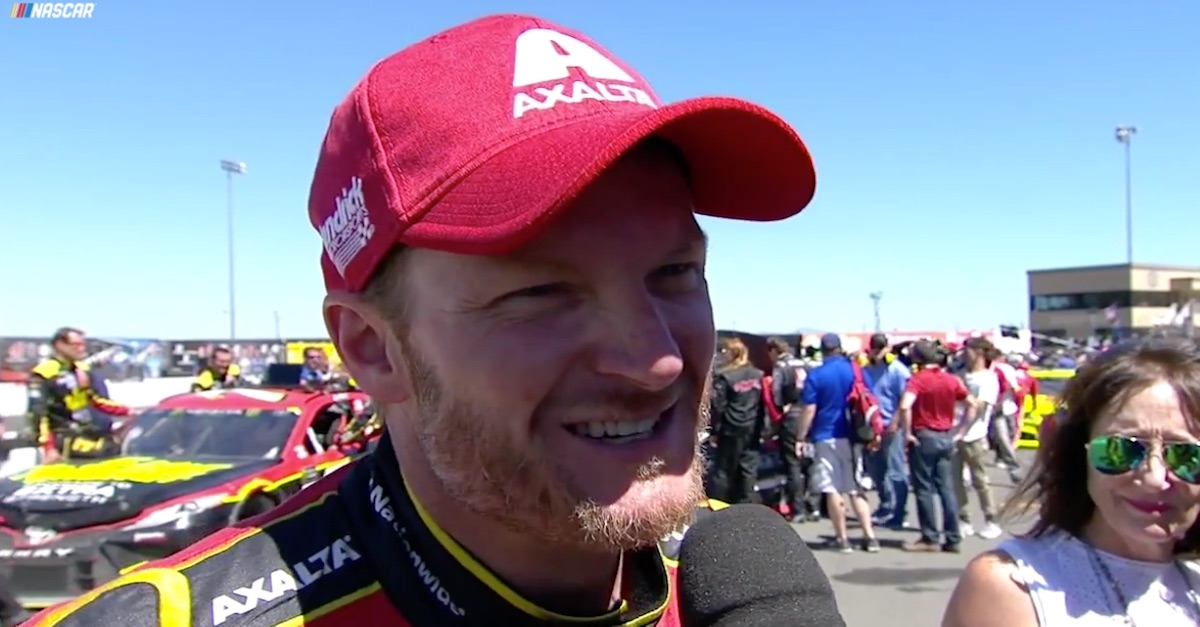 We?re about halfway through NASCAR?s 2017 racing season, which is also Dale Earnhardt Jr?s final year of running in the Monster Energy Cup series. And while he hasn?t won a checkered flag yet, there are other things that the legacy driver is thinking about, and they are a bit more noble.

After the final lap of the Toyota/Save Mart 350 at Sonoma on June 25, Junior told Fox Sports, ?The wins and everything are great. I enjoy celebrating those, but long after your career, guys come along and win races and some of your accomplishments get forgotten. But who you are as a person never gets forgotten. People never forget who you were.?

He continued, ?I hope people thought I was good and honest and representing the sport well. I hope people that worked with me enjoyed working with me whether it was in the late model ranks or whatever, and I hope the guys I raced against enjoyed racing again. That?s really all that will matter.?

There?s still plenty of race season left and plenty of opportunities for Dale to bring home a win big before he retires, and we sure wish him a sweet victory, but mostly we hope that he and the all of the drivers have a safe season.

Next up on the Monster Energy Cup schedule, they?ll be lining up at the pole in Daytona for the Coke Zero 400.