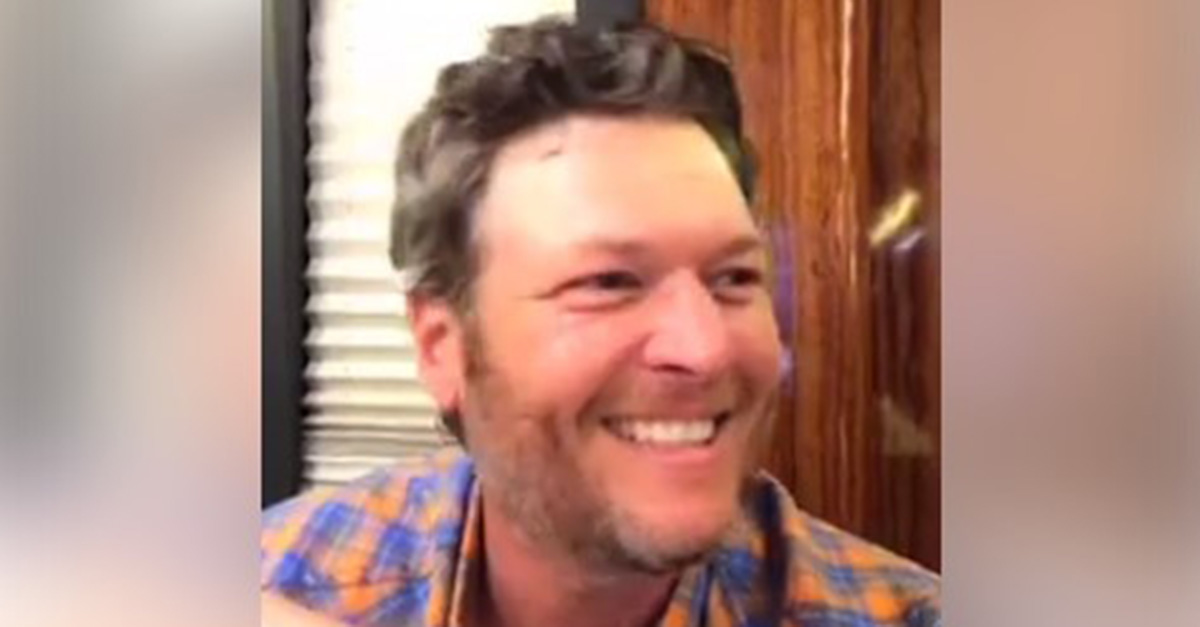 One of the things that brought Blake Shelton to mainstream popularity, besides his great country music and fun live shows, is his engaging and entertaining presence on social media, especially Twitter. Now, he?s giving us a new platform to enjoy his antics, and no one is safe when Blake embraces Facebook Live.

Following his surprise appearance at the Grand Ole Opry, Blake spent a little time chatting with fans, thanking everyone who came out to the Doing It To Country Songs Tour, and excitedly acknowledging his nominations for two Billboard Music Awards?Country Artist of the Year and ?Country Album of the Year. It was then that we got a taste of that sense of humor we know and love. After a loud whoop and holler he said, ?If you can?t tell, I?m a little awkward on Facebook Live because I don?t know that I?ve ever done this before.?

When someone off camera confirmed that he had, in fact, done a Facebook Live before, he proclaimed, ?Oh bullshit,? before continuing, ?Have I? Can you say ?bullshit? on Facebook Live?? When an off-camera RaeLynn confirmed that he had and he could, he then threw his pretty protégé right under the bus. ?RaeLynn?s here, but she looks homeless, so I?m not going to put her on here. She looks like she pulled her sweatshirt out of a dumpster.?

Of course, he was kidding and from the giggles heard off camera, no feelings were hurt in the making of this Facebook Live.

After answering a few fans’ questions that included him saying he?d love to perform at the Opry with Steve Wariner and that he was rooting for pals Elliott Sadler and Clint Bowyer when NASCAR heads to Bristol. Blake also shared some interesting insight into his role as a mentor on ?The Voice.?

We aren?t sure how RaeLynn or Adam feel about it, but we sure hope to hear more from Blake on Facebook Live very soon.