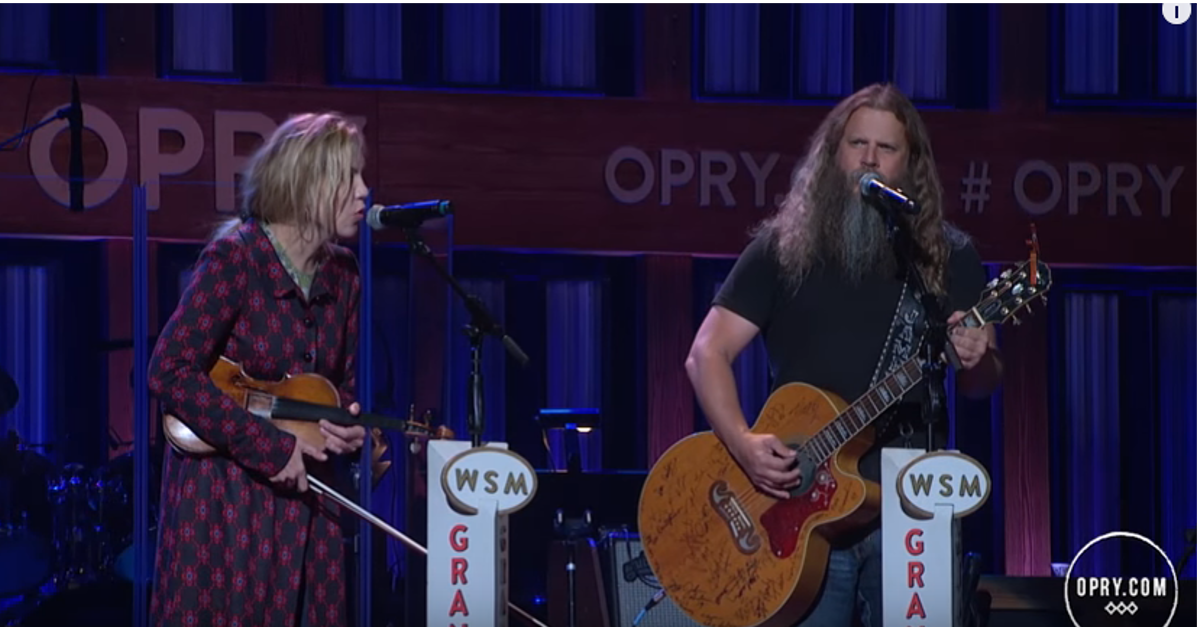 Granted – we love all kinds of country music. And gosh knows there is plenty of music out there that finds its way under the so-called country umbrella. But sometimes, there are days where hearing two true, traditional voices blend together for an old-time country duet is just what our souls need.

Jamey Johnson and Alison Krauss recently gave a lucky Grand Ole Opry audience the chance to seep in some good ole country sounds with their rendition of “My Dixie Darlin’,” which was a song originally recorded by Lonnie Donegan and made iconic thanks to the Carter Family.

The two have long collaborated together, first recording “Make the World Go Away” on Jamey’s 2012 album, “Living for a Song: A Tribute to Hank Cochran.” But with each and every collaboration, these two just seem to get that much more magical.

Jamey also makes a brief appearance on Alison’s new solo album, “Windy City,” which is set for release on Feb. 17 and serves as her first solo record in nearly 18 years.

“I feel like it’s my duty to only do what I’m inspired to do, or it’s not truthful,” Alison recently told “The Tennessean.”

Don’t worry Alison – y’all are always worth the wait.