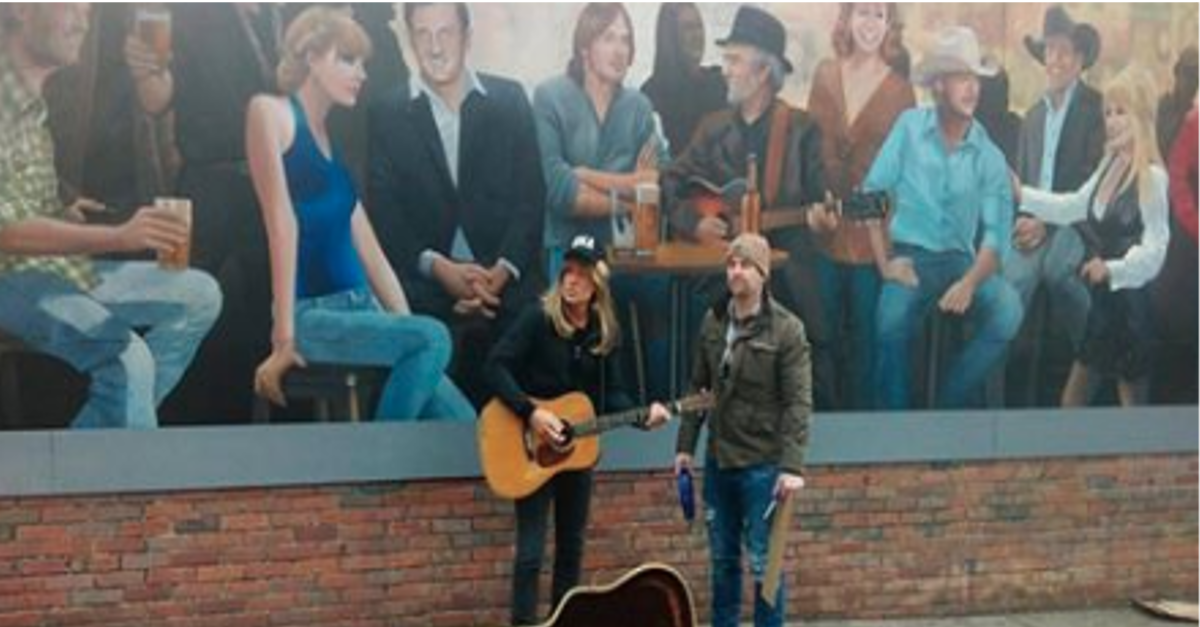 You never know what you will see on the streets of Nashville, but most people walking through Music City on the morning of Feb. 1 never expected to see this.

Donning a long blond wig and wearing a guitar around his neck, a shifty looking character set up shop outside of Legends Corner and played Keith Urban?s hit song ?Wasted Time.” He then waited for money to be thrown in the guitar case sitting right beneath him.

?Guess who came to visit us at Legends Corner today,? a Facebook post read. ?Never a dull moment in Nashville!! Wonder who YOU would run into if you came to Legends Corner.?

Come to find out, it was country music superstar Keith Urban playing on that street for a very cool reason.

It was a nice reality check for Keith, who has been busy walking many red carpets recently on the arm of wife Nicole Kidman during the multitude of award shows lately where Nicole is representing her role in the movie “Lion.” The country Aussie is also scheduled to perform at the Grammy Awards on Feb. 12.