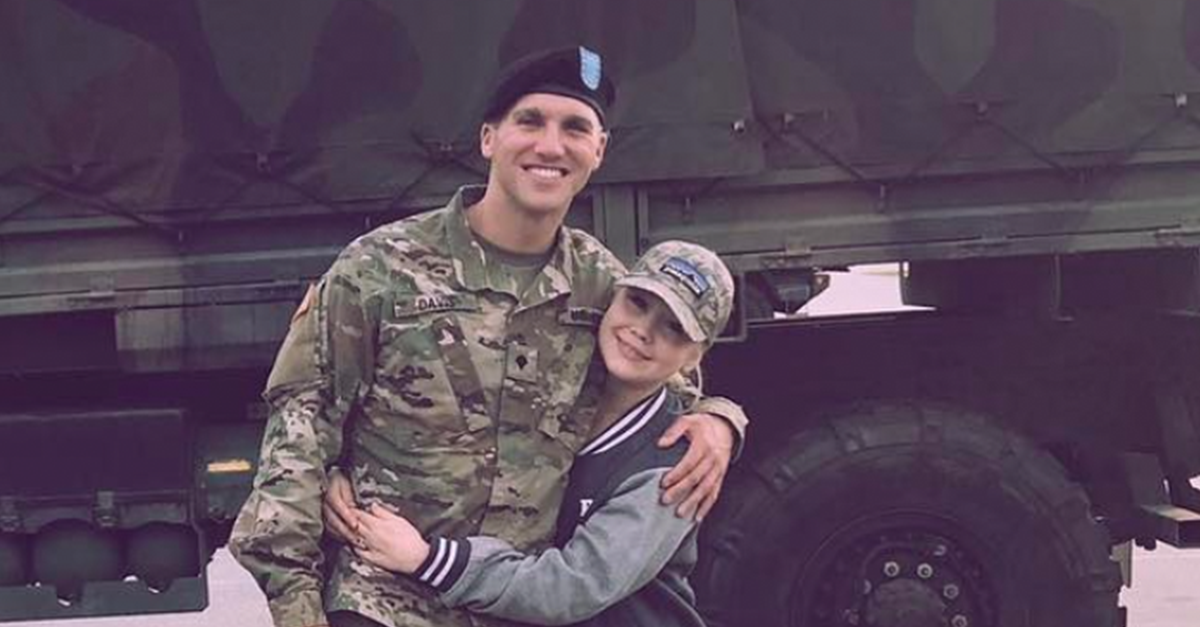 RaeLynn and her husband, Josh Davis, have been apart for more than two months as he completes his basic training as a new military recruit. The separation has been tough on both of them, but the couple got to spend quite a bit of time together during a recent weekend visit.

We caught up with RaeLynn for an interview on Facebook Live on May 9. She told us about the reunion saying, “It was so awesome. Josh is doing great. I, of course, bawled my eyes out like a baby cause he’s bald. No, I’m just kidding. It was just amazing.”

RELATED: RaeLynn shares photos of her romantic reunion with her hot husband, Josh

Getting to be in the same room was a real blessing after months of communicating through letters and very brief phone calls. The visit helped the couple get back on the same page.

Some people look up to their heroes. I’m in love with mine. Joshua being your wife is the greatest gift God has given me. 💜

RaeLynn explains, “It was so great to be connected again. I felt like we talked about everything we needed to talk about. I got to just find out how he was, cause he would call and we would only have three minutes. I didn’t get to know how his training went or how he was. He didn’t get to know how everything was going with me, cause we could only talk through letters. It was really good to just hear his voice and be with him.”

RELATED: A sweet country star leans on her friends during hubby?s military service

RaeLynn adds that Josh is looking “young and clear-eyed” thanks to all the hard work he’s putting in for basic training. She’s also a fan of his shaved head.

It's about the little things. I got a letter today from my husband for my birthday… he sent it two days ago cause he knew it would take a couple days to get to me. Yeah I wish I could call him when I want and text him but sending letters has been one of the most romantic things. Something we can keep and give to our children someday. I love this man more than anything… and I love seeing us grow in the lord and in our love for each other. #myheartisfull #23 #thankful

“He can pull it off, so in the future, when we get super-old and he has to shave it off, we are golden,” she says. “He has a great shaved head,’cause some people don’t have a great shaved head. My brother’s head is [shaped] weird. There’s a lot of things that hair can cover.”

So, would Rae ever consider shaving her head in solidarity with Josh?

She says, “I probably have an ugly shaved head, so that’s never going to happen — unless I have a moment.”

On another note, RaeLynn just picked up a CMT Music Awards nomination in the Breakthrough Video of the Year category for “Love Triangle.” Voting is now open at CMT.com, and the CMT Music Awards will air Wednesday, June 7 live from Nashville.