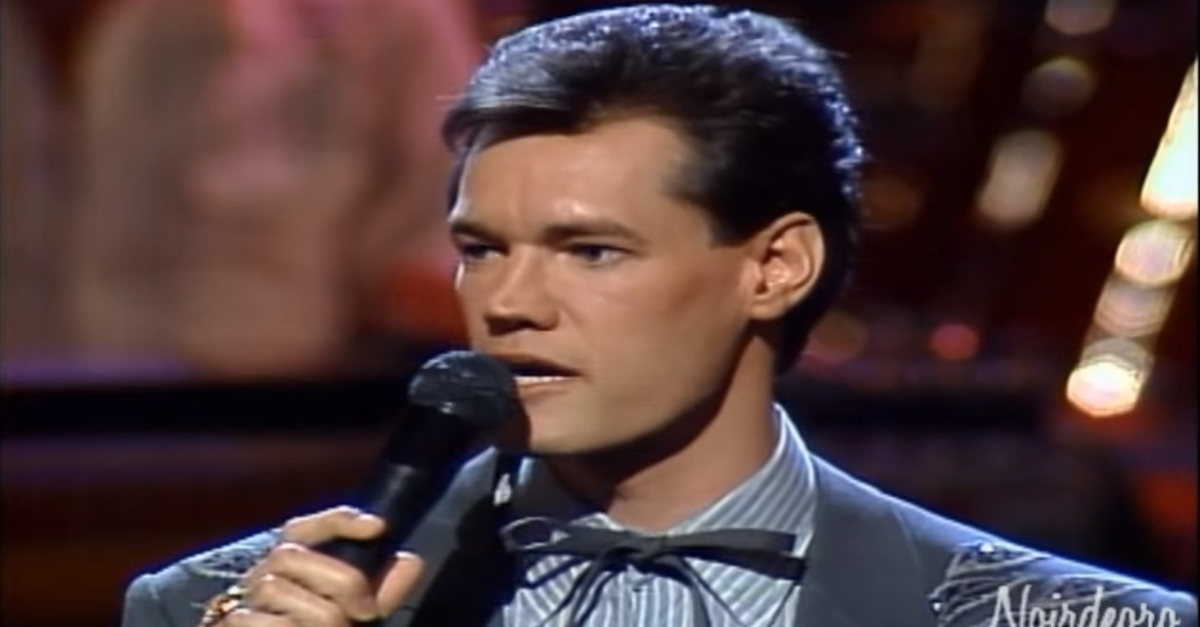 He was only 28 years old, but Randy Travis was already well on his way to becoming a legend.

With hits like “On The Other Hand,” “Diggin’ Up Bones” and “No Place Like Home,” Randy Travis was clicking along. In March of 1987, he released what might be considered his most signature song with “Forever And Ever, Amen.”

RELATED: Watch as Blake Shelton takes Randy Travis’ hand and creates one of the most emotional moments of the year

“Forever And Ever, Amen” did more for Randy than just become another No. 1 hit. Not only did it lead the way for his “Always & Forever” album, but it also helped Randy land a ton of CMA, ACM and AMA awards, along with his first-ever golden phonograph at the 1988 Grammy Awards.

Coming at a time when music videos were still somewhat new, “Forever And Ever, Amen” was actually the first video Randy ever released. It wasn’t, however, the first video that he made.

RELATED: Randy Travis and Josh Turner singing together may be the best passing of the torch ever

“To tell you the truth (this was) the second one. We did one on “No Place Like Home,” but we weren’t happy with the way it turned out so we didn’t use that,” he once said in an interview.

In 2014, “Forever And Ever, Amen” was still selling and finally clipped the mark of 500,000 units sold, making it Travis’ first ever single to be certified gold.