Rascal Flatts gave us chills with this patriotic performance 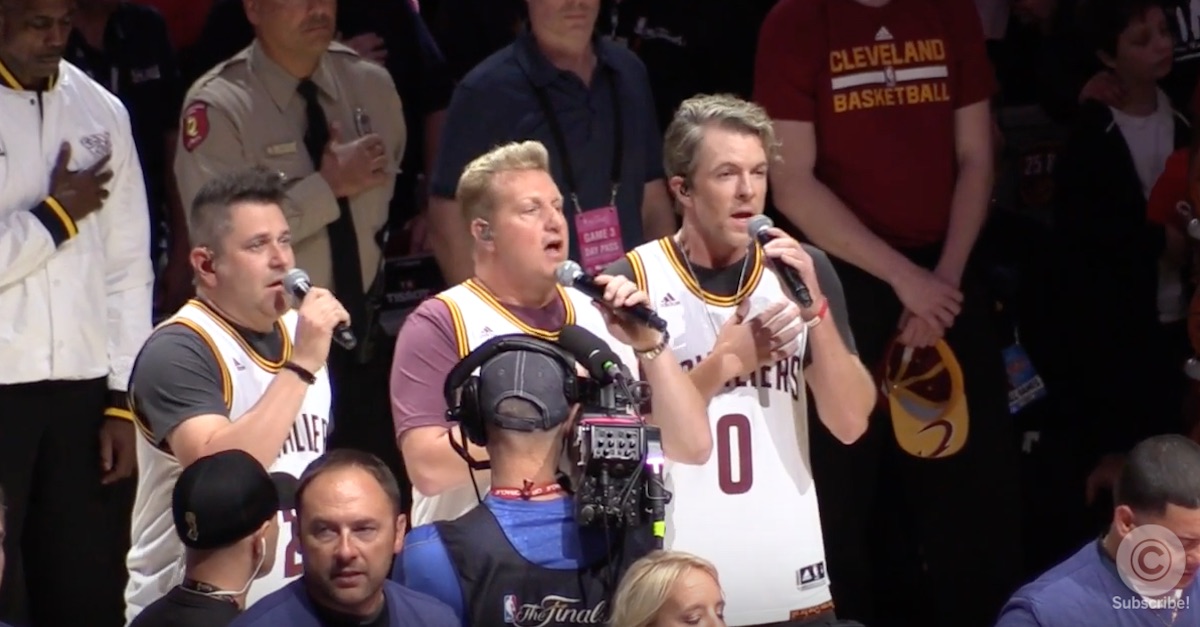 Longtime country music fans know that when it comes to rich harmonies that will cause goose bumps, it’s hard to beat Rascal Flatts. From their a cappella performance of “I’ll Be Home for Christmas” that has become a holiday classic, to their brilliant national anthems, they prove that just their voices are all they need to make beautiful music.

And the boys dazzled as they always do when they sang “The Star Spangled Banner” at Game 3 of the NBA Finals on June 7. With both lead singer Gary LeVox and his cousin Jay DeMarcus hailing from Ohio (Joe Don Rooney is from Kansas), they were the perfect choice to kick off the game between the Cleveland Cavaliers and the Golden State Warriors.

However, SBNation pointed out some comments on social media that had us in tears of laughter. No, no one was critical of their performance. How could they be? It was awesome! But, there was a definite lack of awareness of who Rascal Flatts is. Apparently, a significant number of Finals viewers thought that the group was just one person with the first name Rascal and last name Flatts.

I am MIND BLOWN right now. I had no clue that Rascal Flatts was more than one damn person. Wtf pic.twitter.com/WOFdVfhdP3

…anybody else not know Rascal Flatts is more than one person..

Wait rascal flatts is more than one person??

We’re pretty sure Gary, Jay and Joe Don are chuckling about this, but we thought we should make those confused fans aware of a few other myths: There is no Eli Young in Eli Young Band. Nor is there a Marshall Tucker in Marshall Tucker Band. And Lynyrd Skynyrd? Well, there is a Leonard Skinner and he was a P.E. teacher.