Reba McEntire reflects on her scandal that rocked the CMA Awards 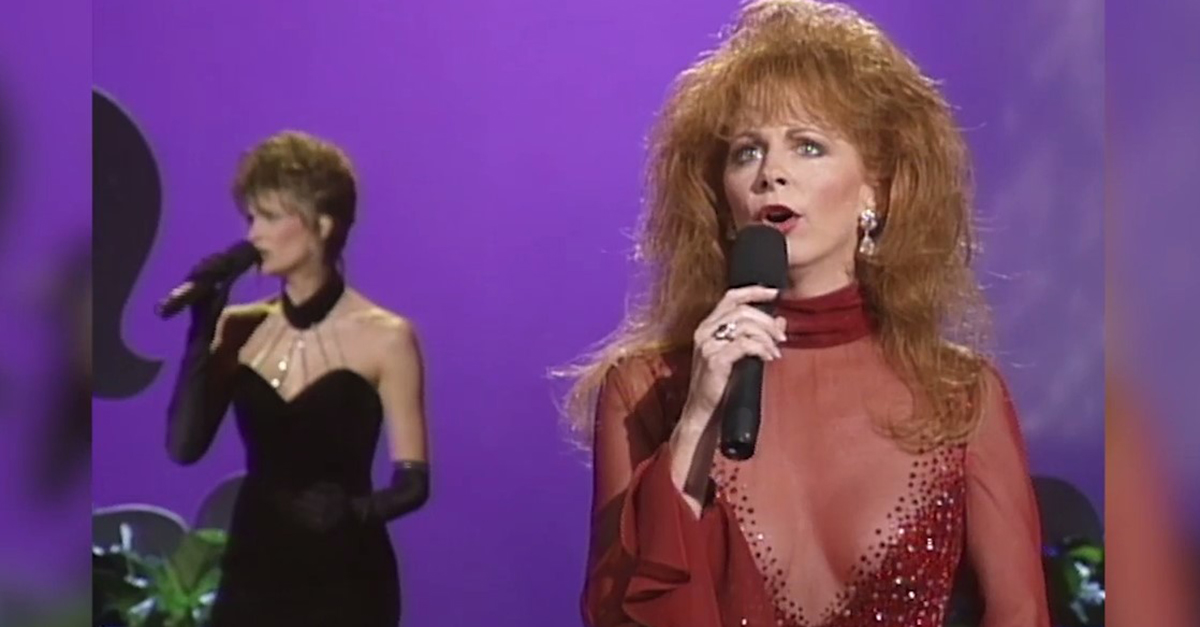 The Rare Country Awards honor the year?s best in country music as determined by fans. Reba McEntire is nominated for female artist of the year. Cast your vote at RareCountryAwards.com. Winners to be announced Dec. 15.

Whether you’ve been a lifelong Reba fan or you’re new to the fiery redhead’s repertoire, you are, at the very least, familiar with — .the RED DRESS!

What, no? Well, it was 1993 and Reba McEntire was on fire! She and Linda Davis were rocking country music with their delicious duet, ?Does He Love You,? which told the tale of a cheater and the competition between the two women in his life. In the video, the wife, played by Reba, doesn’t actually wait around to find out of he does or doesn’t choose her before she blows him into smithereens.

RELATED: Dolly Parton was literally busting out of her dress at the CMA Awards

Anyway, Reba and Linda were set to perform the sizzling hot song on the CMA Awards and Reebs, of course, needed the perfect frock for a scorned woman. Her designer, Sandi Spika, wanted to sex it up a bit on the Oklahoma redhead, so she created a stunning scarlet gown with a neckline cut down to — well, it was cut really low. Now, in her defense, Reba’s skin was covered with illusion, and strategically placed beads and sequins prevented a wardrobe malfunction.

In a new YouTube video from the CMA, Reba admits she was a bit apprehensive about the downright sexy dress, but she trusted Sandi, as she should. And she was thrilled when she heard a collective gasp from the audience when she stepped onto the stage to perform. Things seemed to be going well until after the show when Reba met up with her family.

RELATED: Carrie Underwood will choose her words carefully at this year’s CMA Awards

She giggles as she remembers, ?Daddy looked at me and said, ‘Reba, did you have your dress on backward?’?

She reflects jokingly and says, “I didn’t win an award, but I made the newspaper that day.”

And that’s how memories are made, folks!