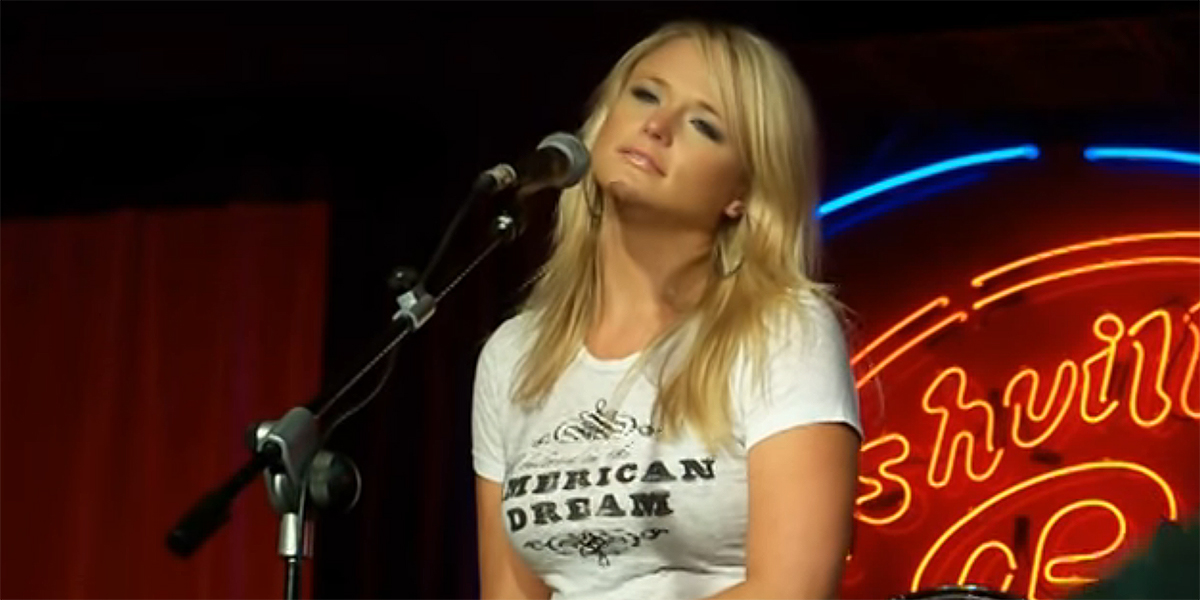 Back in 2009, prior to her divorce from Blake Shelton, Miranda Lambert already knew how to channel a broken heart.

She proved that by singing Willie Nelson’s 1961 hit-song “Crazy,” which was made famous by the late Patsy Cline, who died on March 5, 1963.

Accompanied by a single acoustic guitar, Miranda belts out Patsy’s signature song about a lover who gets left behind for someone new. Pouring emotion into the ballad, she incorporates runs and holds long notes to highlight the tune’s wistful lyrics. Although Patsy’s irresistible contralto voice is pretty hard to replicate, Miranda marks her own territory on it by adding some Texas twang.

That unplugged performance was held on June 14, 2009, at the Nashville Palace in promotion for Miranda’s next record, “Revolution.” Packed by fan club party members during Music City’s annual CMA Festival, the “Heart Like Mine” singer’s event was dubbed Ran Fans Rendezvous ’09.

Miranda has covered the icon’s No. 2 hit numerous times. More recently, she went across the pond to Europe for the annual (C2C) Country to Country music festival and shared her version of the heart-crushing ballad.

Miranda was recently named Female Vocalist of the Year and Album of the Year at the 2017 Academy of Country Music Awards.