Remember when a “rough and ready” Trace Adkins took on a baby-faced NASCAR superstar? 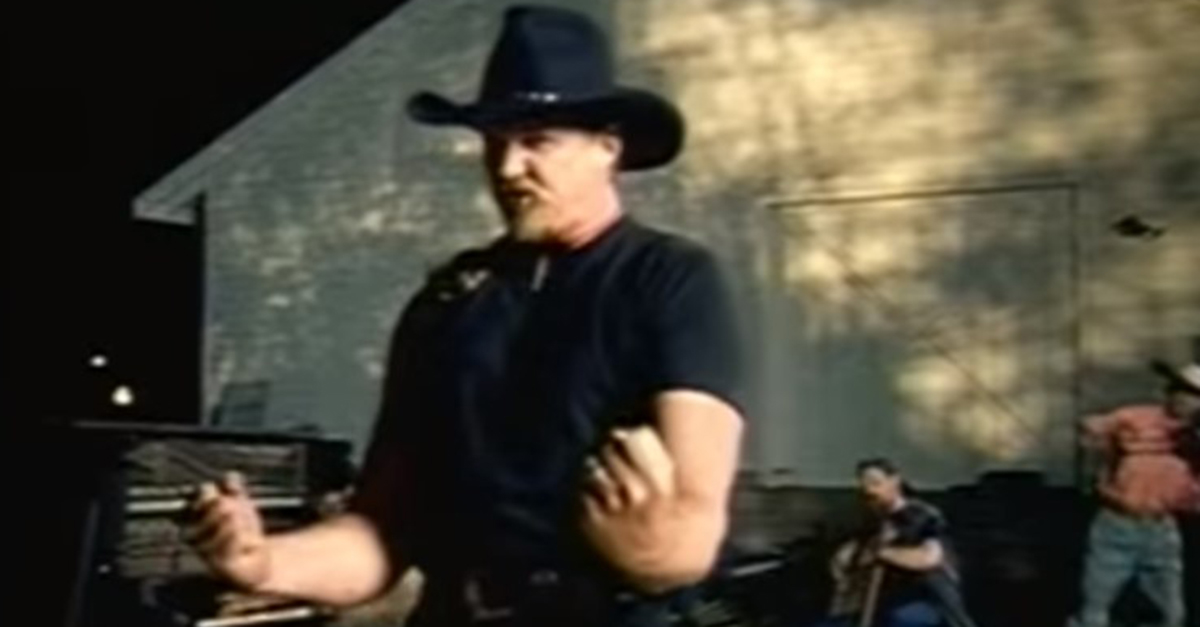 Sometimes a song doesn’t need radio to be a hit. Trace Adkins’ “Rough & Ready” is the perfect example.

When Trace released the song to radio as the second and final single from his 2004 album “Comin’ On Strong,” it failed to be a huge hit, stalling at No. 13. But for Trace, who was coming off of three consecutive Top 10 hits with “Chrome,” “Then They Do” and “Hot Mama,” petering out at 13 was a disappointment.

It was only a disappointment on the radio though as the song itself was eaten up by Trace’s fans. So much so, the single was certified gold, which means it sold more than 500,000 copies.

Released a month after the song hit the radio, the video was just as cool, featuring a baby-faced Dale Earnhardt Jr. who was just 29 years old at the time and quite possibly the cutest pit bull you’ve ever seen. Built upon the same rapid-fire timing as the lyrics themselves, the video seems to fit Trace’s personality to a tee.

This song just goes to show that no matter what happens, a good song will always find it’s home.