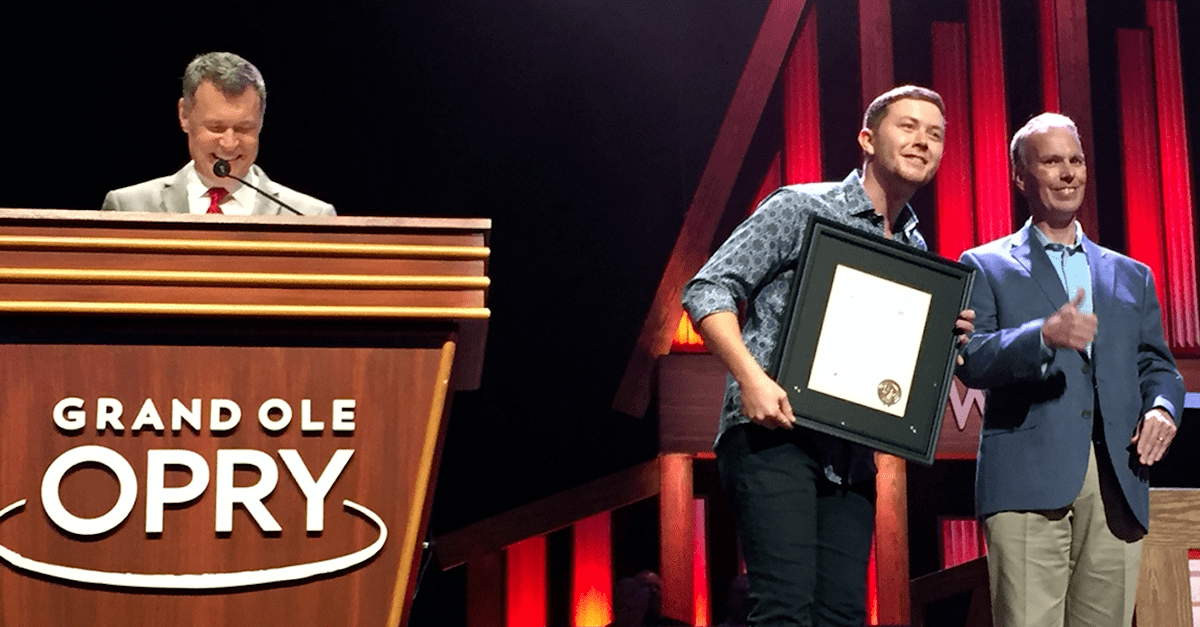 Scotty McCreery got a big surprise during his recent performance at the Grand Ole Opry.

Fellow North Carolina native Charlie Daniels helped present Scotty with the Long Leaf Pine Award, which recognizes his charitable service to his home state. It’s one of the most prestigious awards given by the Governor of North Carolina.

Scotty says, “Everyone knows how proud I am of being from North Carolina and that I?m always glad to help out when my state needs me. It?s a great feeling to know that my state is proud of me.”

RELATED: Scotty McCreery hopes his fans are ready for the new music he?s about to lay on them

Charlie Daniels is among the previous recipients of the Long Leaf Pine Award, so having him there was extra special for Scotty.

“Having it presented to me here at the Grand Ole Opry, which is my favorite stage to perform on, is fantastic,” Scotty says. “Then, receiving it in front of one of my musical heroes and a fellow native North Carolinian, Charlie Daniels, is beyond awesome. This is a memory I will treasure.?