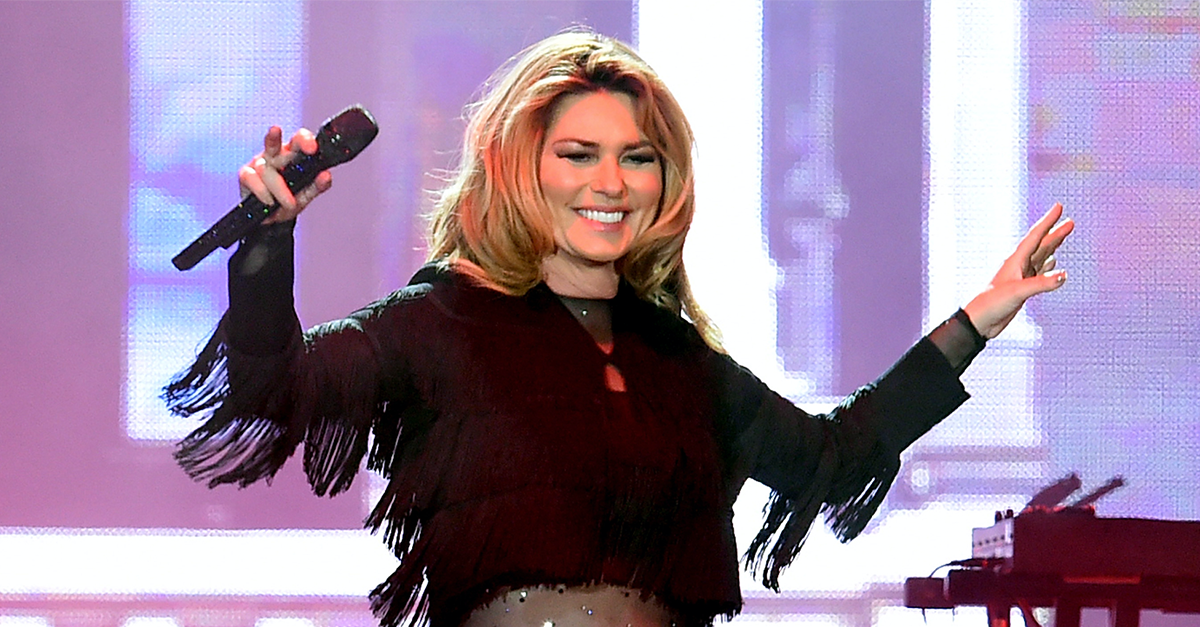 Shania Twain is back with a brand-new single, “Life’s About to Get Good,” and it’s got an upbeat rhythm and catchy chorus like you’d expect from a big Shania hit. The lyrics on the verses tell a different story, though.

With lines like “You no longer love me and you stand right beside her/
I couldn’t move on and I think you were flattered,” and ” It killed me that you’d give your life to be with her,” there’s no doubt Shania is writing about her 2008 split from former husband and producer Mutt Lange.

RELATED: Shania Twain opens up about the health scare that nearly ended her career

Shania wrote the song herself, and she says, “It’s got a lot of conflict, but in a perfect way for me and my perspective of it, where it is very true to my life and my story and my thinking at the time. That very first lyric, ‘I wasn’t just broken, I was shattered.’ This just doesn’t get any worse in my mind, emotionally. But then the chorus is really catchy, and there’s the irony of all these happy, cheerful voices in there.”

RELATED: Shania Twain?s new song will have you smiling from ear-to-ear

“Life’s About to Get Good” is an indication of how deep Shania is willing to go with her new music. She wrote every song on her new album, “Now,” by herself, so fans will get to know her better than ever before when that project drops on September 29.

The day is finally here!! Incredibly excited to announce that my new album NOW is available to pre-order on the link in my bio ☝🏻 NOW is released worldwide on September 29th and the first single, Life's About To Get Good, is yours today 😘

“I think it’s just a more complete picture of me as an artist,” Shania says of the album. “And there’s an extra element there that is deeper into … my personal story, but it’s still the same songwriter, stylistically. I’d have to say the album is very diverse from one song to the next, but it’s still very me. There is more truth that has now come into my songwriting.”

The confidence you hear in Shania’s voice is the product of standing on her own with her residency in Las Vegas and the “Rock This Country Tour” that followed. Once she realized her fans were still with her, Shania felt ready to make an album without her musical partner, Mutt.

She says, “I’m solving a lot of my own issues with things as I go. It’s empowering me to tackle all of these problems and fears. Moving on without Mutt was a huge change.”

Now that her new album is finished, Shania is ready to tackle just about anything that comes her way.

I'm playing this year's @bbcradio2 Live In Hyde Park! Tickets on sale 8am tomorrow, cannot waittt to play for you London! ❤️🇬🇧 #R2HydePark

She adds, “I’m feeling more empowered than I ever have in my whole life.”