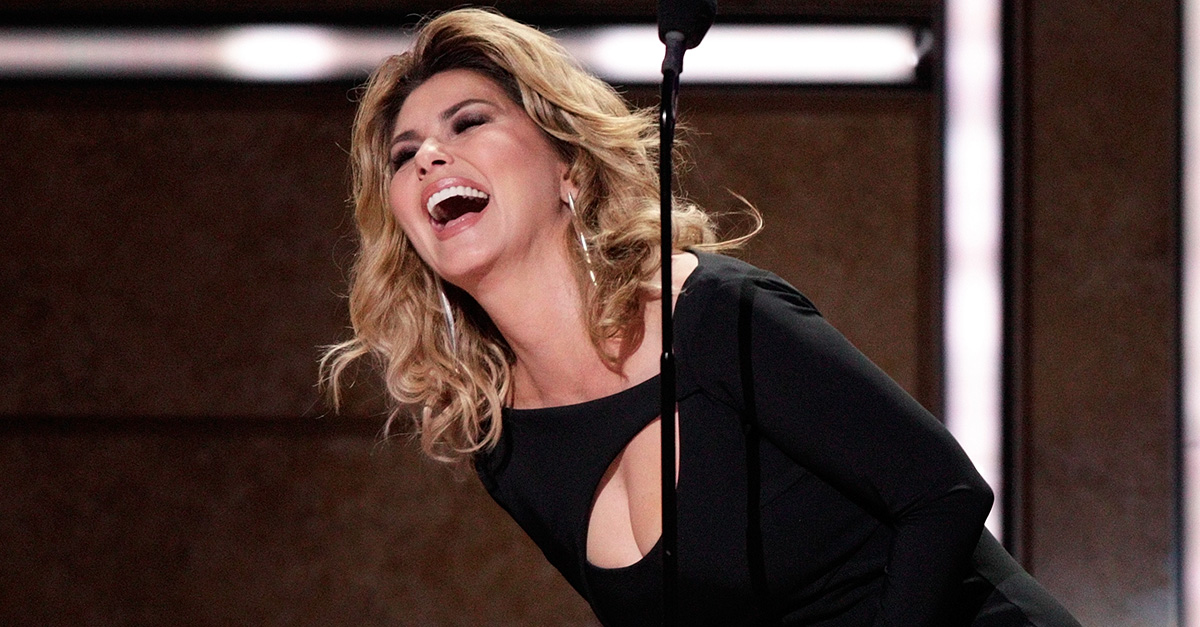 During her show, she dazzled fans with new music and old hits. She also invited a few guests up to the stage, including hunky pop-star Nick Jonas.

RELATED: Shania Twain?s new song will have you smiling from ear-to-ear

Nick has been a longtime fan of Shania and has even confessed to having a major crush on her. So, seeing the two collaborate on stage was a real treat for festivalgoers.

Before Nick?s appearance, Shania built up some crowd anticipation. She said, ?Life is about to get better than ever in about two seconds. I just recently met this guy. He?s really cute and he?s super talented and most of all he is such a gentlemen. You?re going to know him, and you?re going to go nuts.?

After gushing over her surprise guest, Nick stepped out onstage to join forces with his musical inspiration on ?Party for Two? ? a song that Shania has previously recorded with fellow country star Billy Currington.

In this clip, squeals can be heard from the audience, as Nick, 24, dances onstage alongside Shania. His sexy, arm muscles are in clear view, while he belts out his parts on the call-and-response tune. Meanwhile, The Queen of Country Pop looks ravishing in her black, sparkly outfit, while singing the upbeat track.

Before the end of the song, the two make their way down a set of stairs with Nick?s arm around the small of Shania?s back. Smooth move, Nick!

“I must say one thing,” Nick said after finishing their duet performance. “Shania Twain is the reason I’m in music today, so thank you for all the inspiration.”

Aside from performing with Nick, Shania also shared vocals on ?Any Man of Mine? with country cutie Kelsea Ballerini. In addition to that, she gave fans a first listen to her new single, ?Life?s About to Get Good.?