Shania Twain’s big confession about Blake Shelton may surprise you 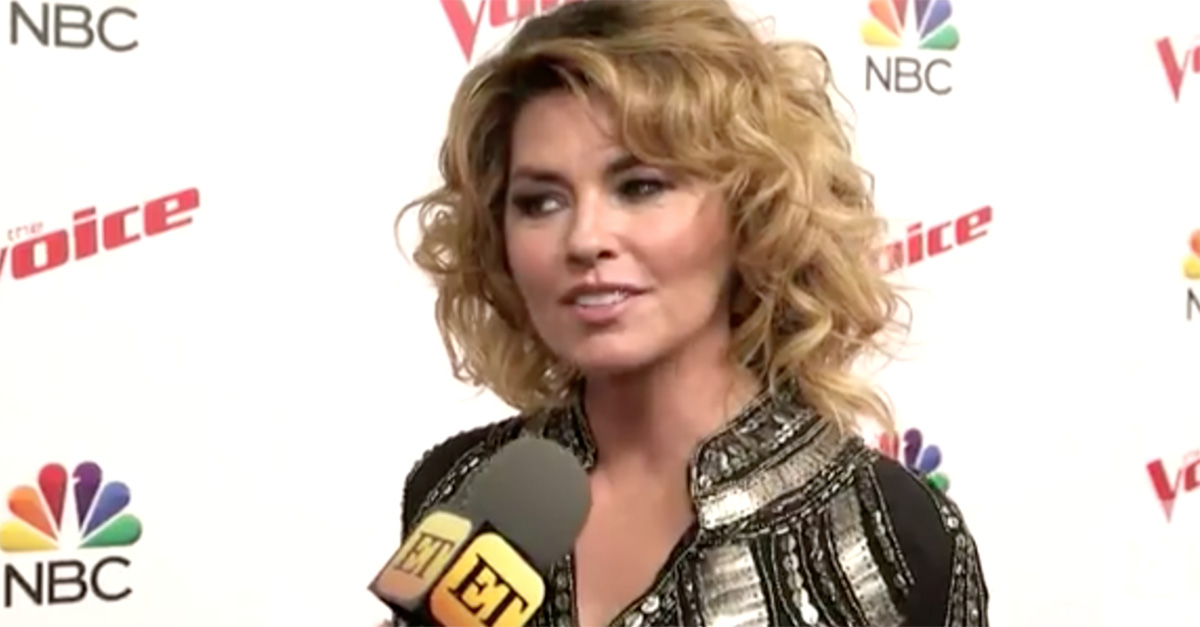 Shania Twain has made history on the set of NBC?s ?The Voice,? as the first key adviser to ever take up a fifth chair on the reality television competition series.

But, that?s not the only first that she?s conquered this month.

According to the country music icon herself, she had never met Blake Shelton prior to serving as a mentor for the Top 12 finalists!

?I think the only person that I?ve never met was Blake,? Shania, 51, admitted, while speaking to “Entertainment Tonight?s” Sophie Schillaci. ?He is just really sweet and kind. He was very nurturing and caring and welcoming to me.?

Aside from Blake and his fellow coaches, the “Queen of Country Pop” also had glowing remarks to say about the contestants on the show.

?I feel so at home. Everybody has made me feel at home,? she gushed, ?First of all, the contestants have been so gracious. They are so grateful to have the opportunity with their own coaches. They are ready to learn. They?re open-minded. This is the way that it should be. This is a great working environment.?

The coaches and contestants made such a big impression on the Grammy-winning artist that she even hinted at considering a permanent adviser role on the program. However, she admits the timing has never worked.

RELATED: Shania Twain is incapable of being anything but stunningly beautiful

“The timing was never right for me, but I don’t know, this has been such a great experience I think I’m just going to move in,? she laughed, ?They don’t know it yet.

Shania helped out during nights one and two of the Top 12 live shows, which took place on April 24-25. “The Voice? airs Monday and Tuesday nights on NBC.