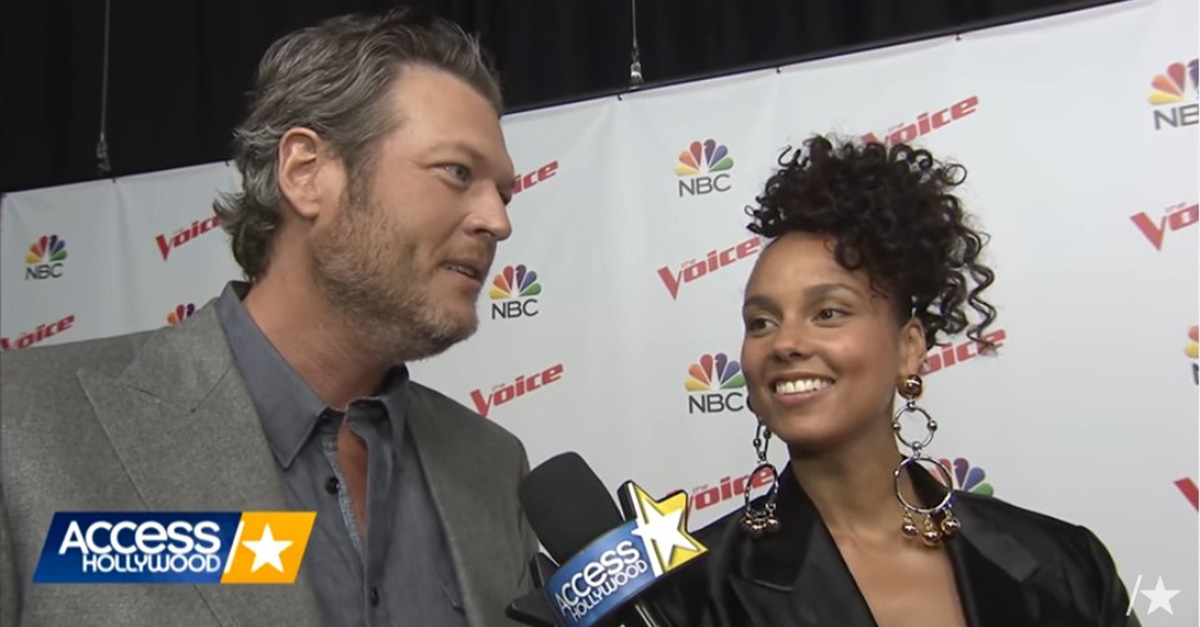 If you?ve been keeping up with season 12 of ?The Voice,? then you might have noticed a change in coach Adam Levine?s appearance.

The Maroon 5 frontman dyed his hair bleach blond, and revealed the new look during the live playoffs on Monday, April 17.

RELATED: Looks like Gwen Stefani has a workout buddy in boyfriend Blake Shelton

Of course, the new do has given bromance buddy and rival coach Blake Shelton plenty of comedic material to work with.

In fact, Blake has already compared Adam?s new look to Scottish singer Annie Lennox, as well as to American television personality, Anderson Cooper. He even poked fun at Adam?s platinum blond locks by sporting a similar wig during the sing-off program’s April 18 episode, which you can see in the Tweet below.

Blake?s hilarious antics had audience members giggling profusely. But, it turns out that fellow ?The Voice? coach Alicia Keys thinks the jabs are due to jealousy.

?You know I don?t think Adam realizes he?s already on television. So, he doesn?t have to do things like that to get people?s attention.? Blake told Access Hollywood?s Liz Hernandez on April 18, ?You know you could just be on TV. You?re already Adam Levine.?

?You?re just jealous,? Alicia joked, while standing alongside the country crooner, ?Why don?t you do your hair like that??

?I may be jealous of Adam for a lot of things, but that catastrophe on top of his head is not one of them,? Blake confirmed.

This isn?t the first time that Adam has colored his hair. He?s gone blond before and has also dyed his hair pink. In addition to that, Blake and Adam?s ribbing into each other is nothing new. But, boy does it make for great entertainment!