Sounds like Garth Brooks has major plans for his new beard 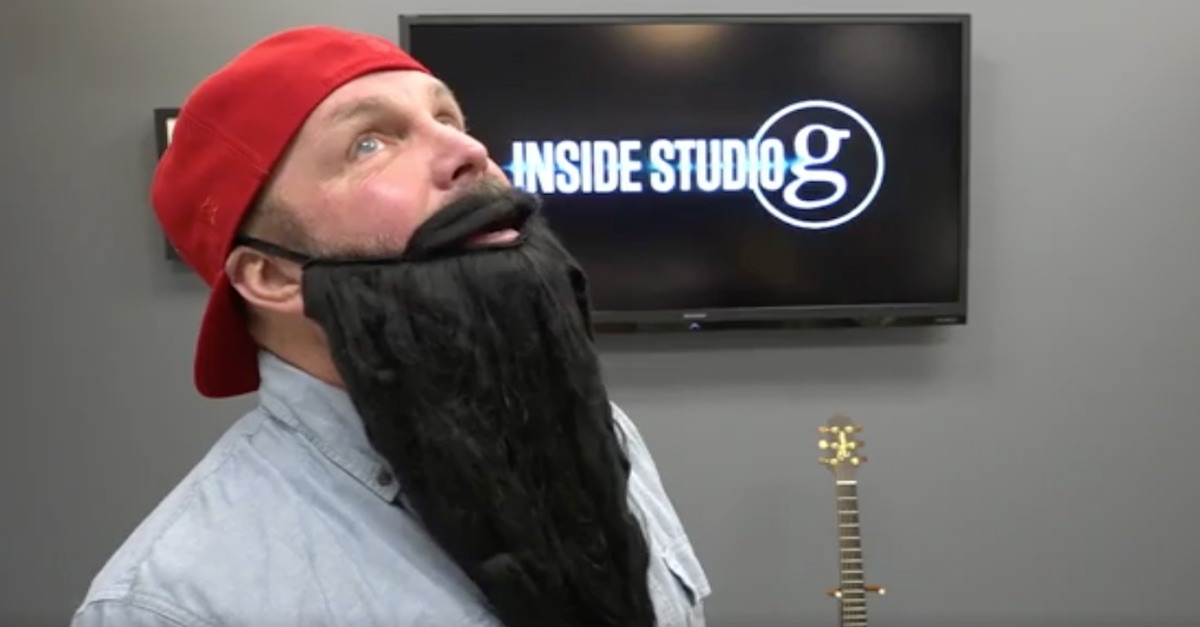 Things have gotten pretty hairy between one of country music’s power couples.

Trisha Yearwood wanted it, while Garth Brooks wasn’t so sure.

We’re talking about his beard.

If you’ve been following the story at all and read Rare Country’s write-ups, you know that Garth grew a beard over his winter break. And just about the time he was ready to take it off, Trisha said nope, because she liked it and encouraged him to keep it.

Now it’s the end of January and the beard is still there. However, in his most recent “Inside Studio G” Facebook Live discussion, it sounded like it might be time to bid the beard adieu. That is, until former Pittsburg Steelers defensive end Brett Keisel, known as “The Beard,” sent Garth a personal video message welcoming him to the “beard group.” He also encouraged the country star to let his beard continue to grow, then join him in his upcoming “Shear the Beard” event.

Every year Brett lets his beard grow and then shaves it annually to raise money for youngsters in children’s hospitals who are battling cancer. Now, Brett’s beard is significantly longer than Garth’s, so he ponders what the country star would look like with a full year’s growth. The good-natured entertainer then re-appeared in the video with a pretty bad but extremely chuckle-worthy fake beard.

Garth is also happy to oblige Brett’s request to participate in the “Shear the Beard” event and added that he was challenging Trisha to donate to keep the beard. That shouldn’t be a problem since during “Inside Studio G,” you could see her commenting, along with fans, “I still love the beard.”

Now, if you listen closely, you’ll hear that Brett actually challenges Garth to let the beard grow for another year, but Garth is talking about participating in the 7th annual “Shear the Beard,” which is this year. While Trisha is enjoying her hubs fresh crop of facial hair now, we wonder if she’ll be as keen on it in a year.

Take a look at Brett’s. What do you think?