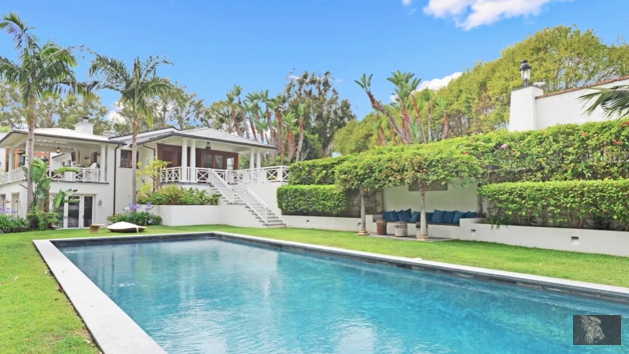 If you?ve been dreaming of buying Kid Rock?s Malibu mansion, you may be out of luck. The sophisticated, ?Bali-inspired? estate has now been sold, according to Variety.

Turns out that the homebuyer has even landed a pretty sweet deal on the expansive property, too.

In fact, in 2006, Kid Rock purchased the gorgeous estate for a whopping $11.6 million. Nearly four years after putting the house on the market, he has settled for a still jaw-dropping price of $9.5 million.

Even though the mansion has been scooped up, we can?t help but take one last look at the gem formerly owned by rock royalty! Check out the digs in the clip above.

Set on a sprawling 1.5 acres, the massive 8,305-square-foot abode boasts five bedrooms and five bathrooms, with an open-plan living space. The gated residence, which is surrounded by a beautiful tropical landscape, includes a private terrace and fireplace, a spacious living room, a wooden staircase, two walk-in closets, glass doors, an exercise facility and much more.

RELATED: Kid Rock pays a country tribute to Tennessee in this rare performance

A nearby guesthouse that comes equipped with an outdoor shower also overlooks a swimming pool.