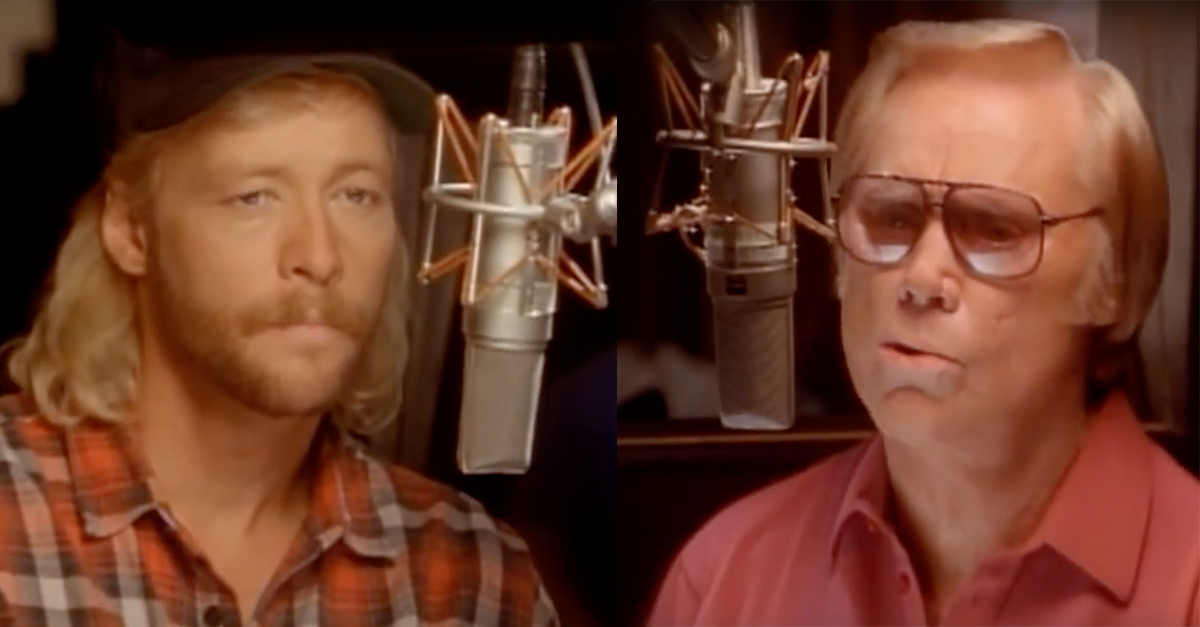 It’s hard to believe the classic country star George Jones passed away seven years ago. It seems like just yesterday Nashville was shocked by the country legend’s death on April 26, 2013, and who could forget Alan Jackson’s emotional performance of “He Stopped Loving Her Today” at George’s funeral a few days later.

As soon as country artist Alan Jackson hit the country music scene in 1989, he had the approval of his hero, George Jones. Alan’s music was directly influenced by George’s honky-tonk style, and it wasn’t too long before the two of them teamed up for a duet country song on George’s 1994 album, “The Bradley Barns Sessions.”

The two country singers sang a duet cover of George’s mournful hit, “A Good Year for the Roses,” which tells the story of a guy noting the things around his house that still remain after his woman has left him. Although the song never got to the number one spot, in June 1995, it won the Music City News Country Award for “Vocal Collaboration of the Year”. The first time the song was recorded by George Jones alone, it got up to the number two spot in 1970.

It’s just the perfect sad song for Alan and George to sing together, and you can see the mutual respect they have for each other in this video shot while they recorded the song.

George Jones also did a duet with Merle Haggard back in 1982, in which they were both known as “the possum” and “the hag.” In 1999, George was awarded a Grammy for “Best Male Country Vocal Performance” and his song “Choices” was nominated at the CMA awards for “Single of the Year.” Like a true artist, he refused to attend the CMA awards because they asked him to perform a shortened version of the song.

Editor’s note: This article was originally published on April 26, 2017.