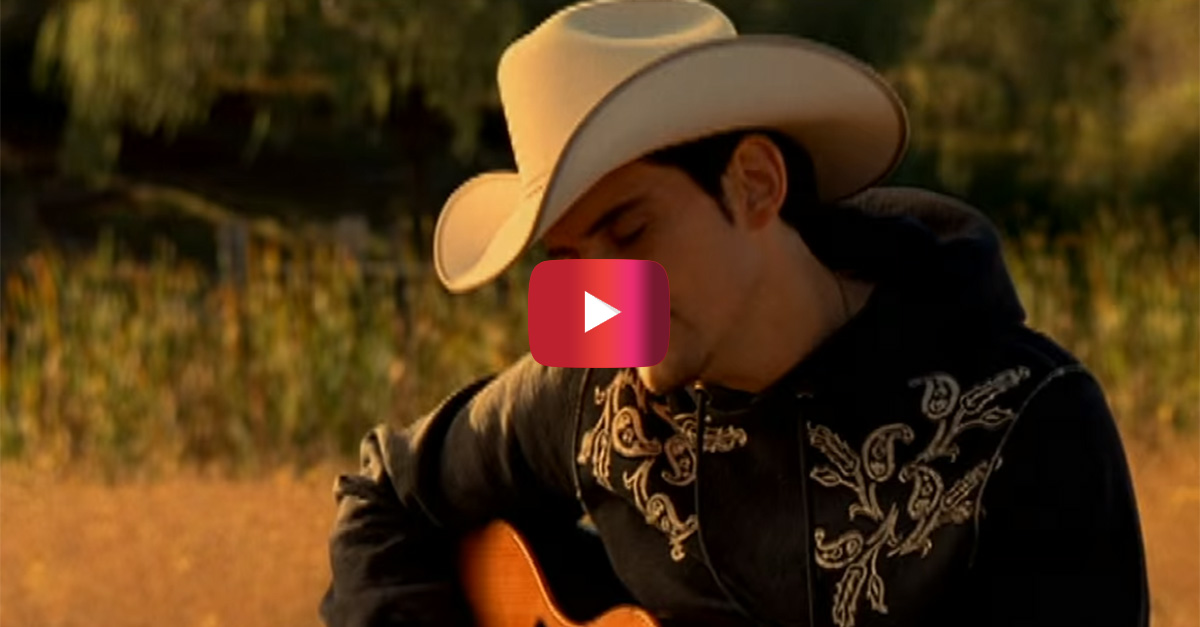 These are simple, yet meaningful words for Brad. That?s why they?re like the icing on the cake or the decadent cream filling in a pastry that just so happens to be at the end of Brad?s ?When I Get Where I?m Going? video.

While watching the video, it?s easy to get caught up in the precious memories from our past and look for inspiration in our future. The song, which features back-up vocals by Dolly Parton, shows a handful of familiar and unfamiliar faces in the video. Holding up photos of lost loved ones, they remind us that the precious items they?ve left behind become treasures that we?ll cherish forever.

For Brad, that treasure?s his guitar.

While Brad waits to match the footsteps of his grandfather, we’ll bet he?ll continue to rock awhile.