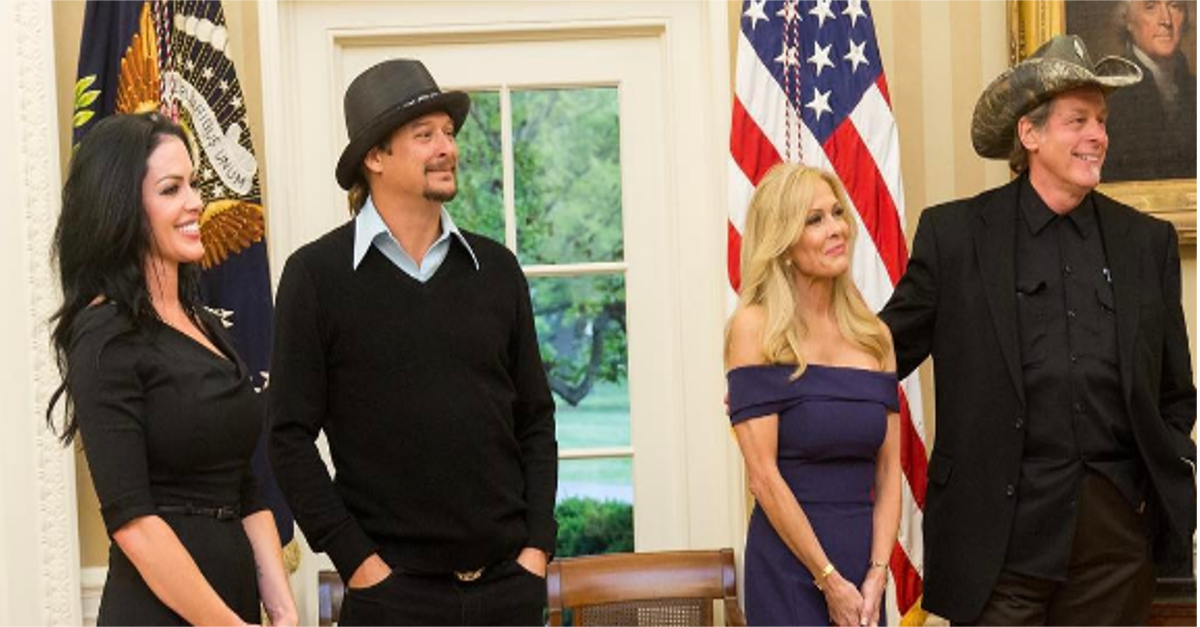 Put President Donald Trump, Ted Nugent and Kid Rock in a room together, and chances are it’s going to be a good time.

But put those same three in a room at the White House?

RELATED: Sounds like Kid Rock is secretly getting ready to walk down the aisle

“Tell you the best way to describe it: Too bad you can’t use the word ‘s—-kicker’ because it was a s—-kicker, fun evening,” Ted told the Detroit Free Press about his visit to the White House April 19, which was shared with fans via various pictures on Instagram. “I’ve got to tell you, it was so open, so unguarded, so down-to-earth and free-flowing. It was like I was hanging out with a bunch of my rock ’n’ roll buddies or at a hunting camp. Or hanging with some Teamsters, or hanging out with working-hard-playing-hard ranchers and cops and teachers.”

Indeed, the three have much in common.

“Trump is swinging an American crowbar at all things status quo,” Ted continues about the visit, which also included Sarah Palin. “Does that ring any bells? Does that sound like a guitar player from Detroit who was anti-dope, pro-law enforcement, pro-gun, during the hippie days? It’s swinging a crowbar at all things status quo, because all things status quo ruin everything they come in contact with. The entrenched establishment politics is just obscene, and here comes a guy who’s not afraid to lift that middle finger. And God knows that resonates with Bob Ritchie [Kid Rock] and Uncle Ted and Sarah Palin.”