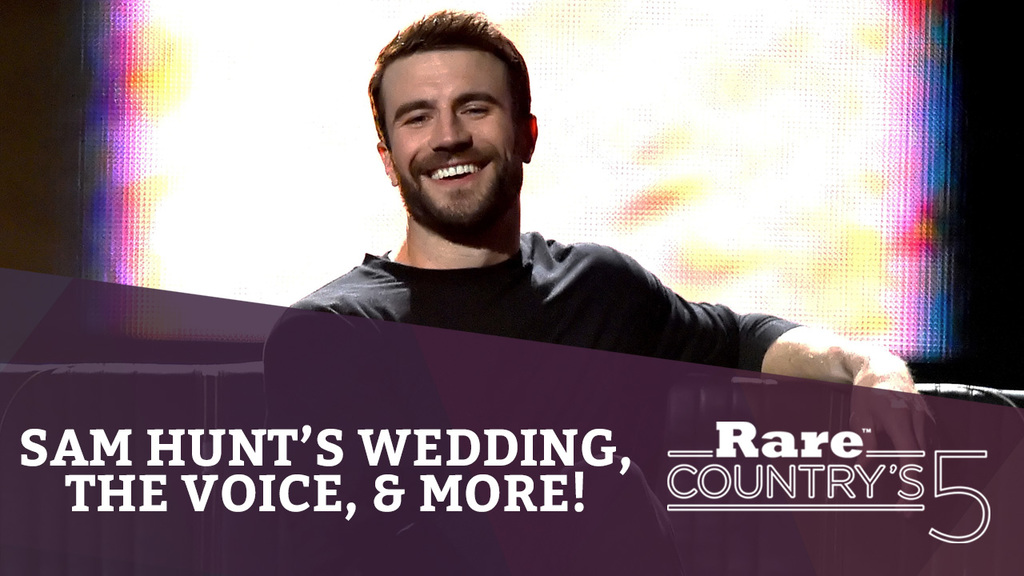 In this week?s Rare Country?s 5, host Erin Holt looks at our five biggest news stories that just happened to have one thing in common?they all had our jaws dropping in astonishment.

Starting with No. 5, Carrie Underwood surprised an entire arena of hockey fans when she took the ice to sing the national anthem before the playoff game between his Nashville Predators and the Chicago Blackhawks. Of course, she gave a spectacular performance and Erin has the results in this week?s Rare Country?s 5 video.

It seems that the past few months in country music have been all about pregnancies and proposals, but there?s always room for more babies and love, especially when you plan an elaborate surprise to pop the question. Our No. 4 story reveals how the Swon Brother’s Colton Swon went all out when he decided it was time to put a ring on girlfriend Caroline Glaser?s finger. Check out Erin?s video for details.

Not all surprises are happy and our No. 3 story reflects that. We?ve been saying that the talent on this season?s ?The Voice? is unparalleled, but it is a competition and some of the contestants have to eventually go home. Still, it was heartbreaking when Ashley Levin and Casi Joy?s tenures on the show ended. It?s fierce this year, y?all. Be sure to tune in next week to get in on the action and drama.

Our No. 2 story shouldn?t really come as a surprise to us. After all, Keith Urban is truly one of the most talented artists in country music. However, when he was part of an all-star tribute to none other than the Bee Gees, we were in practical disbelief at how amazing he truly is. And we weren?t the only ones. Erin has more on the crowd’s, including Barry Gibb, reaction to his magical performance.

Coming in at No. 1 was a surprise that had some hearts celebrating and others breaking. Handsome, sweet and super talented Sam Hunt and his beautiful fiancée , Hannah Lee Fowler, tied the knot over Easter weekend. Now, Sam had said that the couple would waste no time exchanging vows, but other than that, details were limited. Hey, we respect their right to a private and intimate ceremony, but we are dying for details. Hey Erin, do you have any?