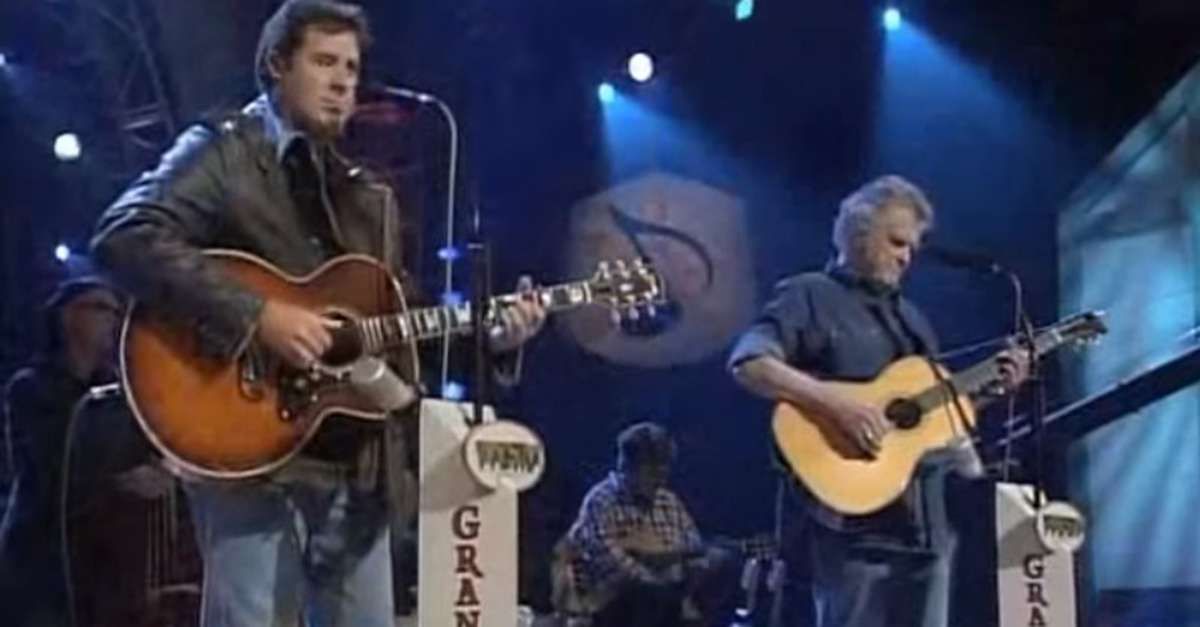 It was the last song on the last CD in Vince Gill?s 2006 box set, entitled ?These Days.? A duet Guy Clark recorded with Gill, ?Almost Home” is a conversation between a young man and an older man who meet in the middle of nowhere. Kind of appropriate don?t you think?

The two came together in October 2006 to play the beautiful duet on the Grand Ole Opry stage.

RELATED: Grammy award winner and famed songwriter Guy Clark has died at the age of 74

Clark was a songwriter who painted the coolest of pictures with nothing more than words and music. There are many things that highlight his greatness, ranging from his songs to the list of legends that admired him, but the most telling thing about the man is that in his 50-plus years in the music industry, he never once stopped wanting to be better.

?I?m still learning to write simple,? Clark told Holly Gleason of Nashville Arts Magazine. ?It?s what you leave out that lets the audience use their imagination… You don?t want to be demanding [about their investing their own lives], but you should write it so they can use their imagination and enjoy it.”

RELATED: The legendary Vince Gill takes to the mic to sing about his one and only weakness

?When it?s not so cluttered, or studied, or obtuse, it can just communicate. That?s the deal: the fine line that leaves room for the listener and not be preachy. It?s like great guitar players ? it?s not the hot licks but the holes they leave that draw you in.?