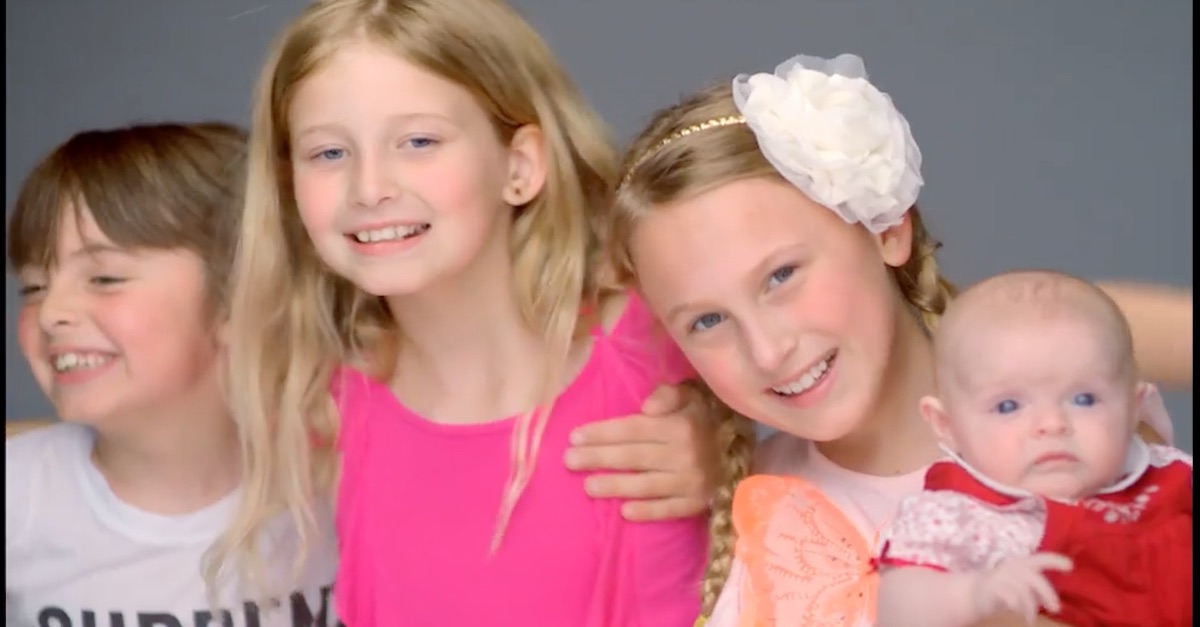 We love how hip and cool country band Little Big Town has made being good people with growing families equally hip and cool. The social media pages of the band’s Karen, Kimberly, Phillip and Jimi are filled with as many images of their respective children as action shots from the band’s high-energy shows.

Now the two worlds have collided as the members of Little Big Town’s babies — Elijah, Daisy, Dolly and Penelopi — make their performance debuts in the band’s new video for “Happy People.”

RELATED: One member of Little Big Town fights back tears at the ACM Awards

And it makes us happy. And that’s the goal, right?

Scattered among shots of an array of smiling, happy people, including the blissful faces of their country star moms and dads, the kiddos laugh, sing and dance their little hearts out in one of the sweetest videos ever. Also making an appearance are the adorable twins of hit songwriter and the band’s good friend Shane McAnally—Dash and Dylan.

Little Big Town had been teasing the new video for several days with various clips, including one of super sweet and deeply southern Bentley, who opens the video talking about what makes him happy. We aren’t sure of the little guy’s connection to the band, but that nugget of joy deserves a show of his own.

Here’s to whatever puts a smile on YOUR face!