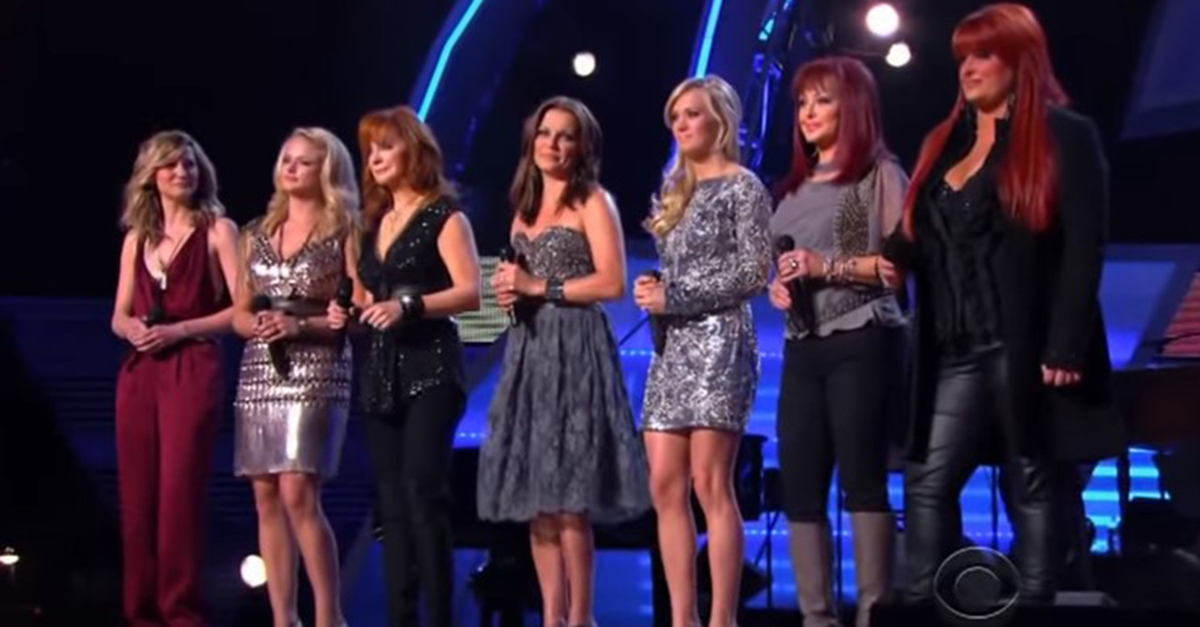 Country music singer Loretta Lynn is the ultimate, legendary country star in her own right. But when other legendary country singers Reba McEntire, Martina McBride, Miranda Lambert, Carrie Underwood, Jennifer Nettles, and The Judds all take the stage to pay tribute to the Country Music Hall of Famer, the performance becomes other worldly.

It was all part of the “ACM Girls Night Out: Superstar Women of Country” back in 2011 when these women, as the “Ladies of Country Music,” joined forces to sing the hit song “The Coal Miner’s Daughter.” Loretta Lynn, as the “queen of country” also seemed to give her seal of approval of the performance, providing a recorded telecasted introduction of the song saying, “So girls, I hear you?re going to do a song that?s really special to me.” Since she was recovering from knee surgery, her doctor had ordered that she miss the show and stay home.

Martina McBride welcomed her other fellow female country artists to stage with, “None of us would be doing what we do if she hadn’t done it first. It’s no wonder the first lady of country music is Loretta Lynn,” and kicked off the song before letting the Judds take over, followed by Miranda Lambert. Then, each leading lady of country music took turns harmonizing and singing parts of Lynn’s classic, 1970 autobiographical hit song.

The popular song highlights the best female country artists of our time. It went on to be inducted into the Grammy Hall of Fame. Lynn is known to be the most awarded woman in country music with 16 Academy of Country Music awards and 8 Country Music Association awards. She also had 16 number 1 hits and 52 Top 10 hits over the course of her 50-year career. There’s no way you can forget the legend Loretta Lynn is.

Editor’s note: This article was originally published on April 3, 2015.