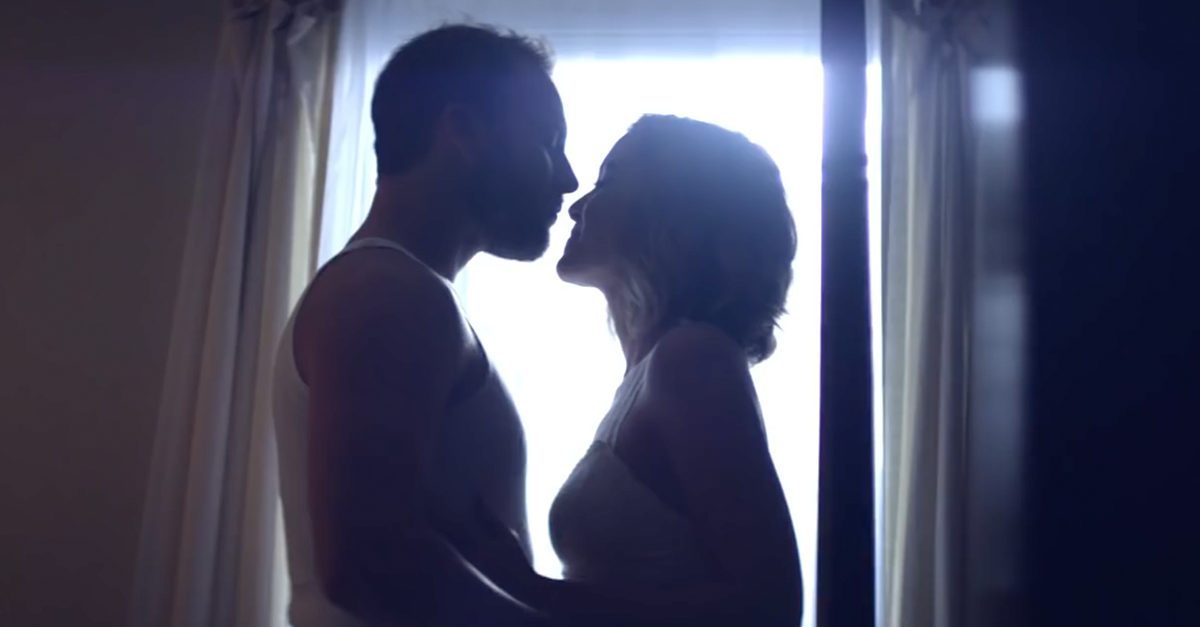 Country star Drake White really, really loves his wife, Alex, as you can tell from his sweet and sexy new video for “Makin’ Me Look Good Again.”

The clip features footage of the two of them cuddling at a bar and working together on their farm. Then there are the bedroom scenes.

The couple gets pretty intimate in the quick shots in between footage of Drake performing the song on his tour bus and onstage. Since the song itself is a tribute to Alex, it only made sense to feature her prominently in the video.

RELATED: Watch as a country star sings at the firehouse that lost 19 men on 9/11

Drake tells “Entertainment Weekly,” “It’s a great way to honor that spirit that she has. She’s always caring for other people and, especially as an artist, I’m constantly needing something. To have somebody who cares so much and sacrifices so much for a song and for music and for the fans…I’m just so thankful.”

“Makin’ Me Look Good Again” is the latest single from Drake’s album, “Spark.” He’s supporting the album with a tour, including two sold-out shows at Nashville’s Exit/In coming up April 12 and 13.