This country star explains how he overcame his vocal issues 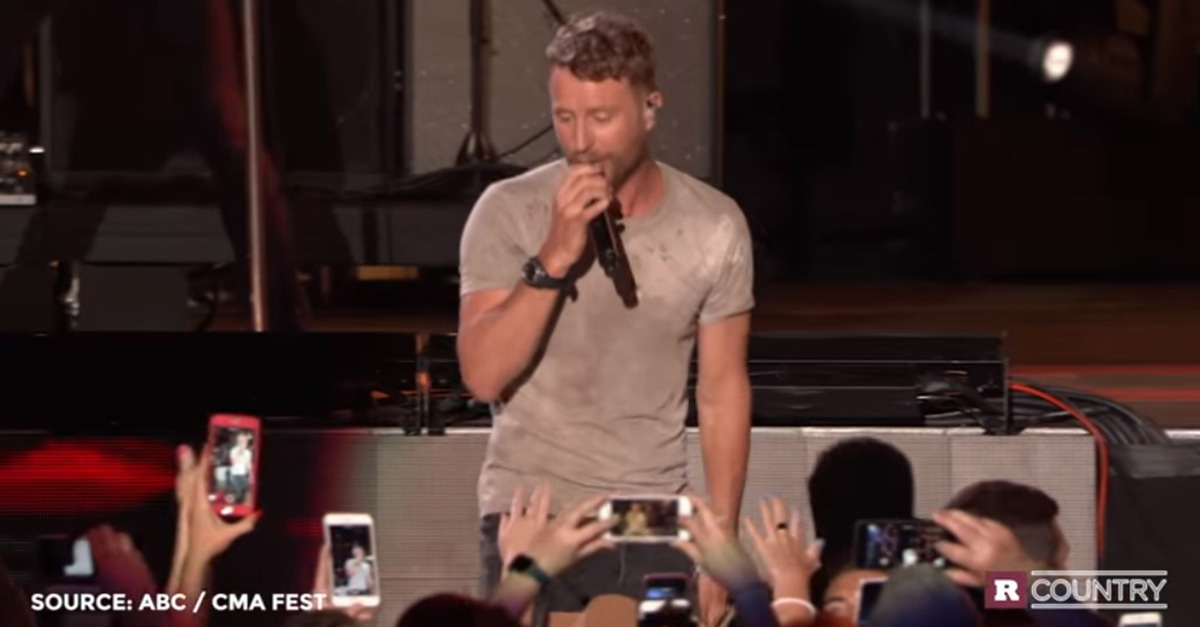 There?s almost nothing worse for singers to experience than vocal problems, yet they are a surprisingly common issue.

And country star Dierks Bentley wasn?t immune to these problems. During a backstage chat at Nissan Stadium, where he performed CMA Music Fest in Nashville June 8, hockey fan Dierks joked that playoff fever for Stanley Cup hopefuls the Nashville Predators is so rampant in the city right now that even his doctor was chatting him up about the team while he was scoping Dierks? throat.

RELATED: This country superstar is ?scared to death? of the national anthem

He went on to explain that he had to miss a show recently because his voice was “messed up. It was the usual stuff going on. Bleeding down there and stuff, but it got fixed.?

The father of three small children added, ?I don?t know how it got fixed. I can?t do voice rest with three kids. It just doesn?t happen. I mean, I gotta yell at somebody all the time. You can?t yell on a piece of paper.?

Now, though, Dierks is happy to report he?s A-OK. ?It?s all healed up. I feel great,? he said. ?Summer?s rocking. I?m having so much fun. I?ve got two of the best people in the business [out on the road] with [me], Jon Pardi and Cole Swindell. These guys are on fire right now and on tour with us. [There?s] never been a better year for us touring-wise, so things are great. Life?s awesome.?