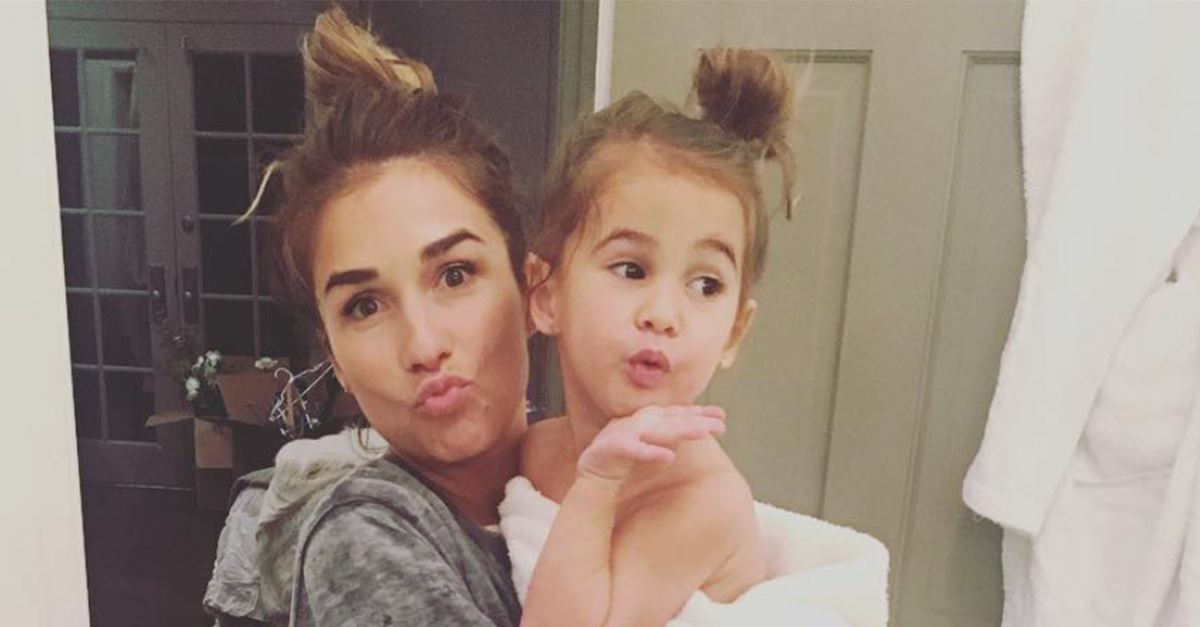 Jessie James Decker’s latest single, “Lights Down Low,” is all about that moment you decide to just stay in with the one you love and enjoy some alone time. For Jessie and her hubby, New York Jets wide receiver Eric Decker, that downtime comes once their two little ones go night-night.

Jessie tells Rare Country, “As soon as the kids go down, that’s the time to have dinner together or hang out together. That’s our only time that we can do anything, ’cause other than that we’re with our kids 24/7.”

Thanks to the unfiltered look at her life she presents on Instagram, Jessie now connects with millions of other parents through social media. Her 2.4 million followers just can’t get enough of Jessie’s candid shots like this one of her little girl, Vivianne, on a plane.

Then there’s this heart-melting bath time shot of Vivianne and her mama.

And here she is cuddling with her sleeping baby boy, Eric Decker II.

For Jessie, talking with these other parents via social media gives her a great way to connect with other grownups when she’s hanging out with her little ones all day.

She says of her Instagram pals, “They relate to me and I relate to them. They help me just as much as I help them. It’s so nice to have.”

Between “Lights Down Low” and her social media posts, Jessie is offering a sense of understanding and connection to busy moms everywhere.

“Lights Down Low” will be included on Jessie’s upcoming studio album. She’s been putting the finishing touches on the project in the last few weeks. Of course, she’s sharing that music-making process on Instagram, as well. We’ll keep you posted when she announces more details on that front.