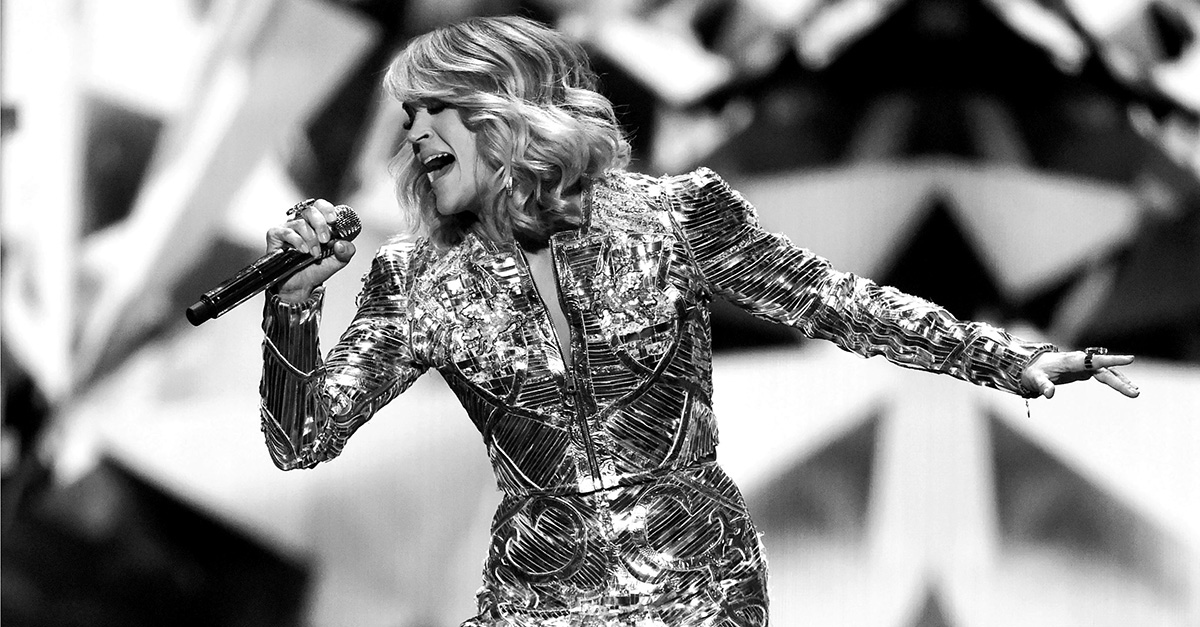 We’ve lost track of the number of covers of Carrie Underwood’s “Jesus, Take the Wheel” that exist on YouTube, but we don’t often hear it covered by Carrie’s fellow country stars. Perhaps it’s because she simply does such an amazing job that the only way anyone else dare do their own version is to give it their own spin, like Craig Campbell just did.

In honor of the Easter holiday, the handsome, velvety-voiced “Outskirts of Heaven” singer delivered a simple, yet incredibly compelling version of Carrie’s smash single on Twitter. Accompanying himself on keyboard, it becomes even more tender and emotional in its plea for redemption.

Since Sunday is Easter…I picked a song that talks about Jesus 😉 #wcw @carrieunderwood pic.twitter.com/gcY0l9QVUG

RELATED: A country star collaborates with his daughter for yet another adorable duet

Craig told Rare Country, “My faith has been a steady inspiration for some of the songs I sing and write. It’s very important for people to know what my faith means to me. That’s one of the reasons I love songs like ‘Jesus, Take the Wheel.’”

And not only were we moved by his haunting version, but Carrie was also. The country superstar heard Craig’s version and was quick with an enthusiastic compliment about it, as well as his own “Outskirts.” She tweeted back, “I love ‘Outskirts of Heaven.’ It makes me happy.”

Love this!!! And @craigcampbelltv , I love "Outskirts of Heaven!" It makes me happy!!! https://t.co/k8I0KYkrqu

If you’re less familiar with Craig, he is truly one of the nicest guys in country music. But he’s also one of the most talented. Before having his own recording career, Craig was encouraged to come to Nashville by fellow Georgia boy Luke Bryan who was a fan of Craig’s writing. And one of his first gigs in the business was playing piano for the legendary Tracy Byrd.

As a testimony to how well-loved this young country singer is, when Craig’s record label shuttered in 2014, just a few months after the release of the fun “Keep Them Kisses Comin’,” country radio, media and members of his former label staff worked for free to continue promoting the song to ensure that it got the attention it deserved. It made it into the Top 10, unheard of for an unsigned artist. He’s an artist for the young working man with a catalog of hits that boasts songs like his poignant debut, “Family Man,” the tongue-in-cheek “Fish,” and the blue collar favorite, “When I Get It.”

“Outskirts of Heaven,” which Craig performed earlier this year on “Today,” is just the most recent offering from this masterful singer-songwriter. “When I wrote ‘Outskirts of Heaven,’ I simply was writing it as a prayer request for some of the things I’m looking forward to when I get to Heaven,” he told us.

Dogwood trees and honey bees sound good to us, too, Craig.