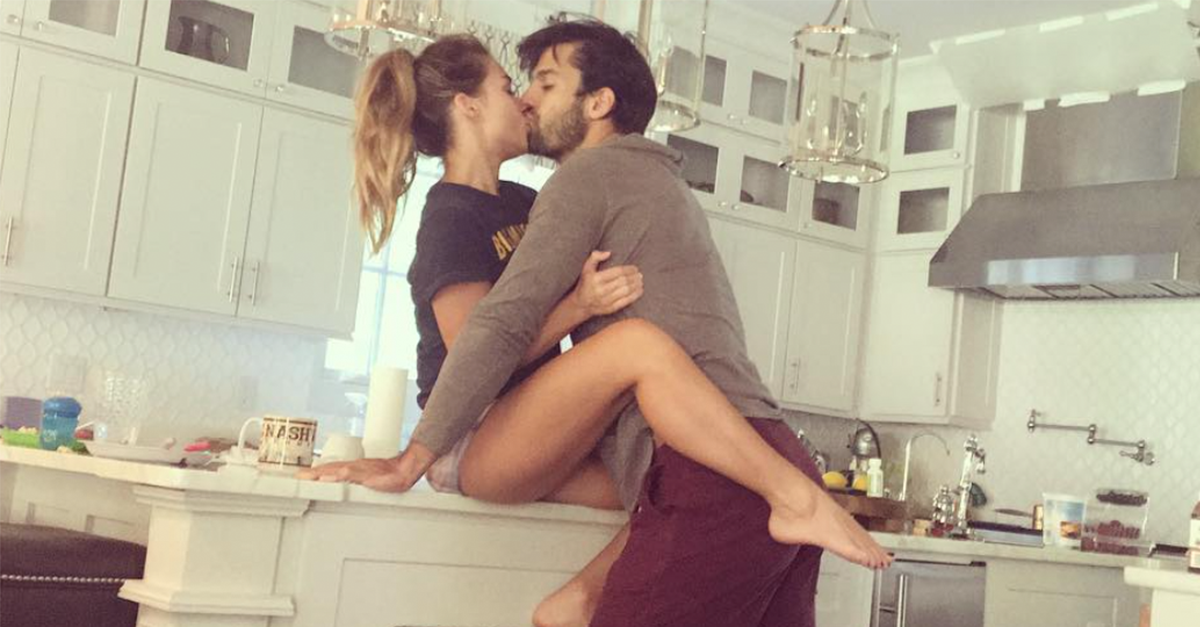 Jessie James Decker has been a regular in Nashville for years thanks to her rising country music career. Now, her hubby, NFL star Eric Decker, is joining her in Music City.

According to NFL.com, Eric just signed a one-year deal to play wide receiver with the Tennessee Titans, which means we should be seeing a lot more of this super-couple around Nashville.

RELATED: Jessie James Decker tells us how this Maren Morris song almost got away from her

Happy Father's Day and CONGRATS to the newest TENNESSEE @titans @edeck87 !! We love you daddy and so excited for the new chapter!! #homesweethome

The adorable photo shows Eric holding the couple’s two kids, Vivi and Eric, in his lap. Jessie’s caption says, “Happy Father’s Day and CONGRATS to the newest TENNESSEE @titans  @edeck87 !! We love you daddy and so excited for the new chapter!! #homesweethome.”

That caption seems to suggest Jessie and Eric will be making the move to Nashville permanent, which would make sense given both of their jobs are now centered around the city.

When Viv catches mommy and daddy in the act 📸 Vivi Decker

Eric joins the Titans after a stint with the New York Jets, and Jessie paid tribute to those fans in this post from last week.

Jets fans we will miss y'all! Thank you so much for the amazing memories and for such a warm welcome to your city! Also much love to everyone at the jets facility for taking such great care of Eric and our family❤❤❤ the journey continues! Can't wait to see what our football future holds 🏈

We’ll keep you posted on any updates from this adorable couple. In the meantime, check out Jessie’s brand-new cover of Keith Urban’s “Blue Ain’t Your Color.”