This country superstar is “scared to death” of the national anthem 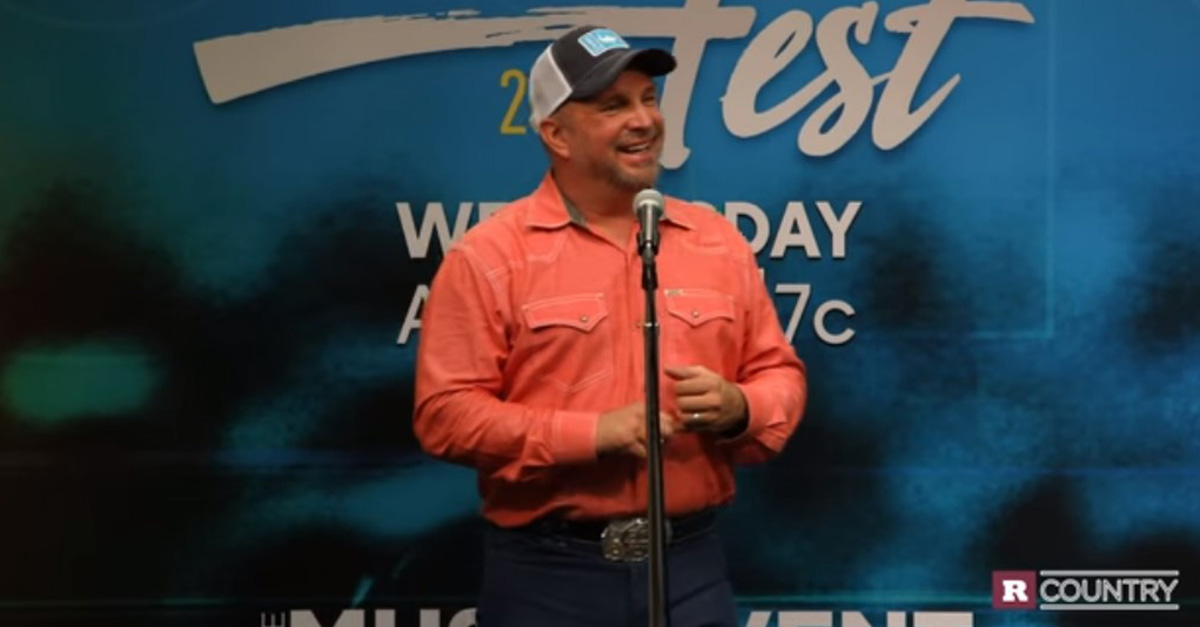 Fans attending CMA Music Fest in Nashville got a shock June 8 when superstar Garth Brooks showed up at Nissan Stadium to play a surprise set.

Immediately afterward, still a little breathless from his energetic performance, Garth came backstage to speak with Rare Country and other media, and quickly put to rest speculation that he might be the next country star to sing the national anthem when the Nashville Predators and Pittsburgh Penguins face off in the NHL Stanley Cup Finals June 11.

Turns out, patriotic Garth — like just about every other singer — finds the song challenging to perform.

RELATED: See Martina McBride’s version of the national anthem before this huge event

His wife, Trisha Yearwood, whom he refers to as “the queen,” previously performed it at the Predators vs. Anaheim Ducks playoff game on May 22, and Garth said she “goes out and sings the ‘shiznitt’ out of it.” Following her performance of the anthem, Garth said the crowd “would have walked through hell after that. They were so fired up.”

But he’s not willing to follow in her footsteps. “I’m scared to death of if,” he said of “The Star Spangled Banner,” adding, “I enjoyed it at the Super Bowl. I enjoyed being done. It’s one of those things where you’re scared to death the whole time.”

“It was an honor to sing that song,” he said. Just don’t look for him to do it again.