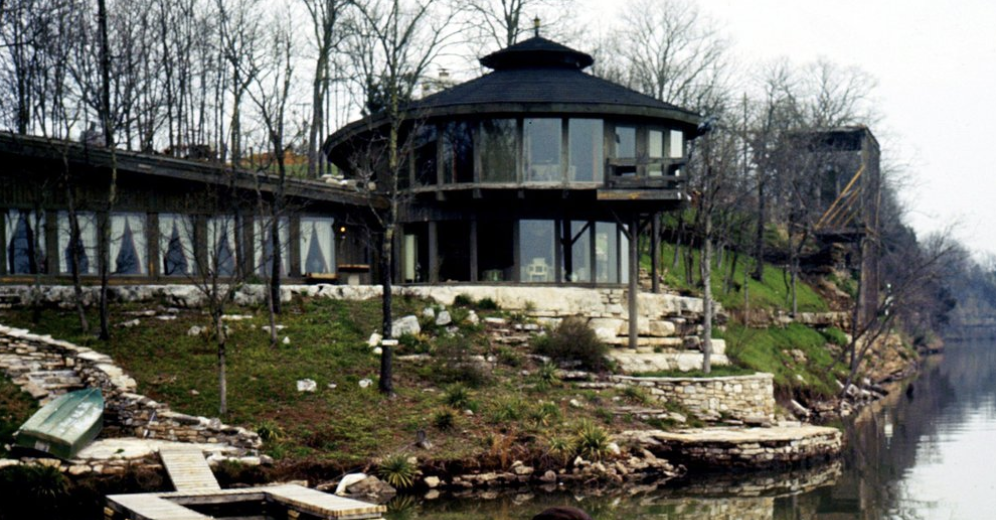 The home that once belonged to a pair of country music icons is officially on the market.

Johnny Cash and his wife, June Carter Cash, purchased the property in Hendersonville, Tenn. as newlyweds back in 1968. Now, the lakefront site just northwest of Nashville, where they lived for most of their marriage, can be yours for $3.95 million.

According to realtor.com, the historic Sumner County house, located on Caudill Drive, was featured in Cash’s music video for “Hurt.” It was also seen in the 2005 award-winning biopic, “Walk the Line.” In 2006, Barry Gibb of the Bee Gees bought the grand estate. However, the sprawling 14,000-square-foot home unexpectedly caught fire during remodeling and construction, and a good portion of the 4.5-acre property burned to the ground.

Despite the unfortunate destruction, the spacious apartment where June Carter used to store her costumes still remains intact. The lakefront property in which the Cash family made so many fond memories boasts a two-car garage, a guard station, a tennis court, an outdoor swimming pool, and a covered boat dock located on Tennessee’s picturesque Old Hickory Lake.

The Cash home’s current owner, Texas businessman James Gresham, bought the parcel in 2014. But, due to health reasons, he decided to sell it. He now hopes the new owner of this Hendersonville home will preserve the Cash family’s legacy. Not just anyone will be allowed to live in country music legend Johnny Cash’s former home.

“He’s decided to pass the torch,” Stan Peacock of Crye-Leike Realtors explained. “He’s very particular about who gets the property. He wants someone who will keep the legend alive. It’s an epic property.”

Check out Johnny and June’s former lake house in the clip above and see where the Man in Black used to live and love and make music with the likes of Roy Orbison, Bob Dylan, and Kris Kristofferson.

This story was originally published June 14, 2017.