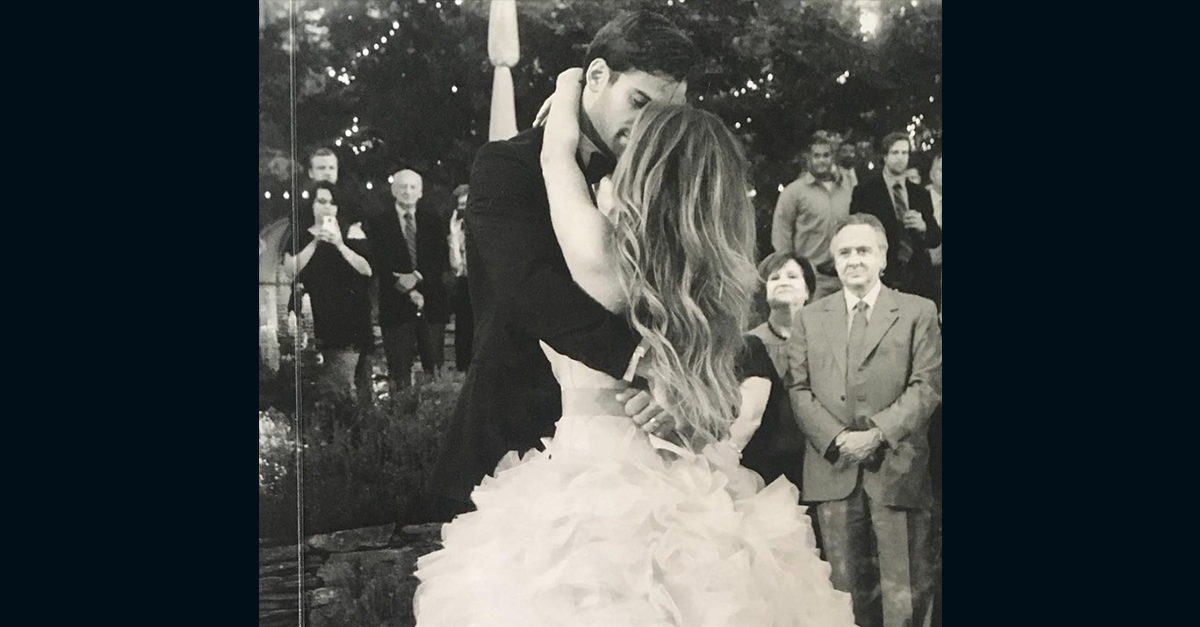 Jessie James Decker and her hubby, NFL star Eric Decker, are more in love today than they were four years ago when they tied the knot.

Four years ago today I married my soulmate @edeck87 I love you so much baby. You make me so happy and I can't wait to be able to celebrate 50 years of marriage when we are old and gray 😍

Jessie posted this photo from their wedding day on their fourth anniversary, June 22, and you can tell they were head-over-heels for each other that day.

RELATED: Hear the song that could have become a Carrie Underwood classic

Her caption proves that love has only gotten deeper as they’ve welcomed their two kids, Vivianne and Eric, and built a life together.

Jessie writes, “Four years ago today I married my soulmate @edeck87. I love you so much baby. You make me so happy and I can’t wait to be able to celebrate 50 years of marriage when we are old and gray.”

RELATED: This country star?s hubby is finally making the move to Music City

Recently, Jessie paused one of her shows to explain that Eric is truly the man she had prayed God would send to her. Following a bad breakup, Jessie made a list of all the qualities she wanted in a man and then passed that list on to God.

She said at the show, ?If you read it today, I promise you, you would say, ?You wrote that after you met Eric. I don?t believe you!? I promise you, it?s like I knew Eric was out there waiting for me. I knew it. I felt it. So, I wrote this letter to God. I was specific. I said he was athletic. He was dark. He was hairy. All those things that I wanted in a man. [Eric] is so hairy. Y?all, I love it.?

Eric and Jessie are plotting their next move as he gears up to join the Tennessee Titans for the upcoming NFL season this fall.

As for Jessie, be sure and check out her new song, “Gold.” It’s the title cut from her new EP, available everywhere now.