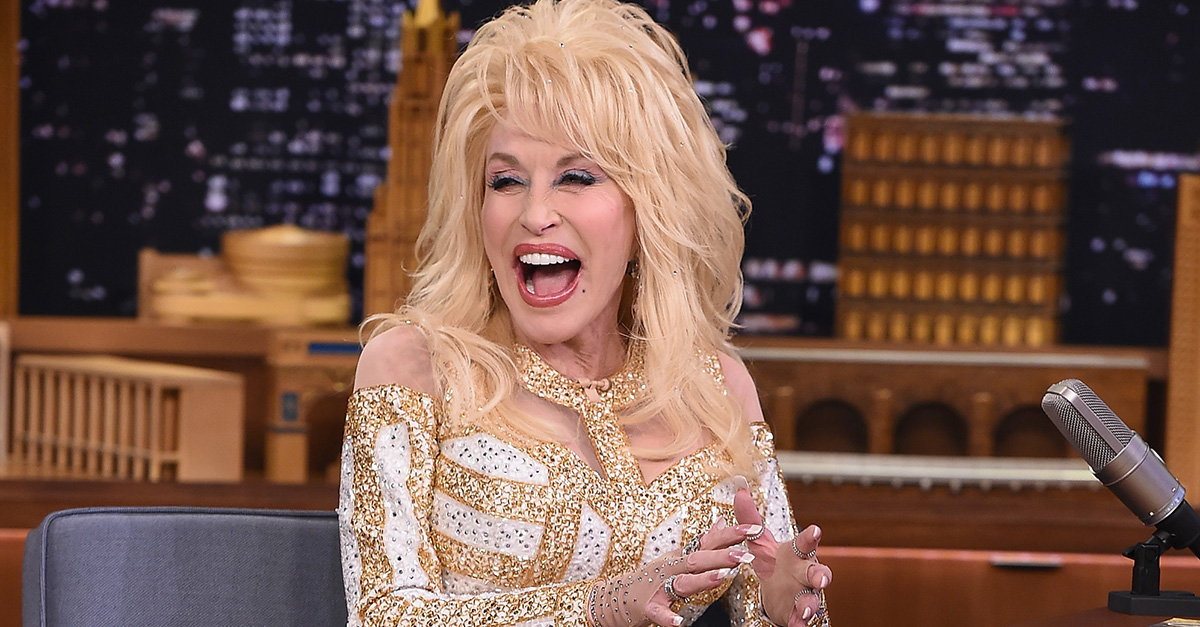 Dolly Parton often uses the word “trollop,” occasionally the phrase “painted lady,” and once, she even dropped the slang “ho.” But for a young Dolly, the town’s local lady of questionable morals was someone she admired and aspired to look like. And, by her own admission, Dolly says she patterned her look after the woman who left small-town tongues wagging for her scandalous appearance.

It turns out that Dolly has set someone else’s mind reeling and tongue wagging over her hair, makeup and other blessings.

RELATED: Dolly Parton brings her hometown “trollop” to life in “Christmas of Many Colors”

In Knoxville, Tennessee’s New Sentinel, writer-editor and Knoxville resident Amy Rawe penned an open letter to the country music icon, apologizing for judging the Smoky Mountain sweetheart’s appearance. Amy begins her letter saying, “I’ll be honest. I used to think you were a bimbo. I used to think you flaunted your big boobs, teased hair, tiny waist and your syrupy-sweet southern accent to sell yourself and your brand as a country singer. Granted, I was raised in the Midwest and lived for many years as an adult in the Northeast. I didn’t get you, much less the South.”

She goes on to say, “For example, I’d heard about your origins as a poor girl from the hills of East Tennessee, and when I learned you’d created a theme park in your native Sevier County I rolled my eyes. ‘Really, a theme park?’ I thought. ‘As if roller coasters will really help the people of rural Appalachia. Why not create something truly useful to give back to your community, like a library.’”

It is at this point that the tone of Amy’s letter changes. She talks about discovering that Dolly’s efforts had resulted in a library, the “Imagination Library” that gifts children with books from birth to the time they start school. Amy’s own daughter had been a recipient of the books since she was 2. She also writes about the number of jobs that the creation and continued growth of Dollywood meant for the residents of Sevier County.

Amy writes that the catalyst for the public apology came after Dolly not only hosted the “Smoky Mountains Rise: A Benefit for the My People Fund” telethon, but also took care of her people by donating $1,000 a month for six months to families who lost everything in the devastating wildfires that destroyed a great portion of East Tennessee.

RELATED: Dolly Parton and friends make a ginormous contribution to the victims of the Tennessee wildfires

The apology ends with Amy telling the story of her daughter, now 9, asking for her mom’s help to determine what Superhero girl she admires. “I sat down next to her and said, ‘Let me tell you about Dolly.’”

We aren’t sure if Dolly has read the beautifully written expression of gratitude yet, but one thing we do know is that the Queen of Country Music has a heart of gold and a giggle that sounds like music. That’s how we expect she’ll react.