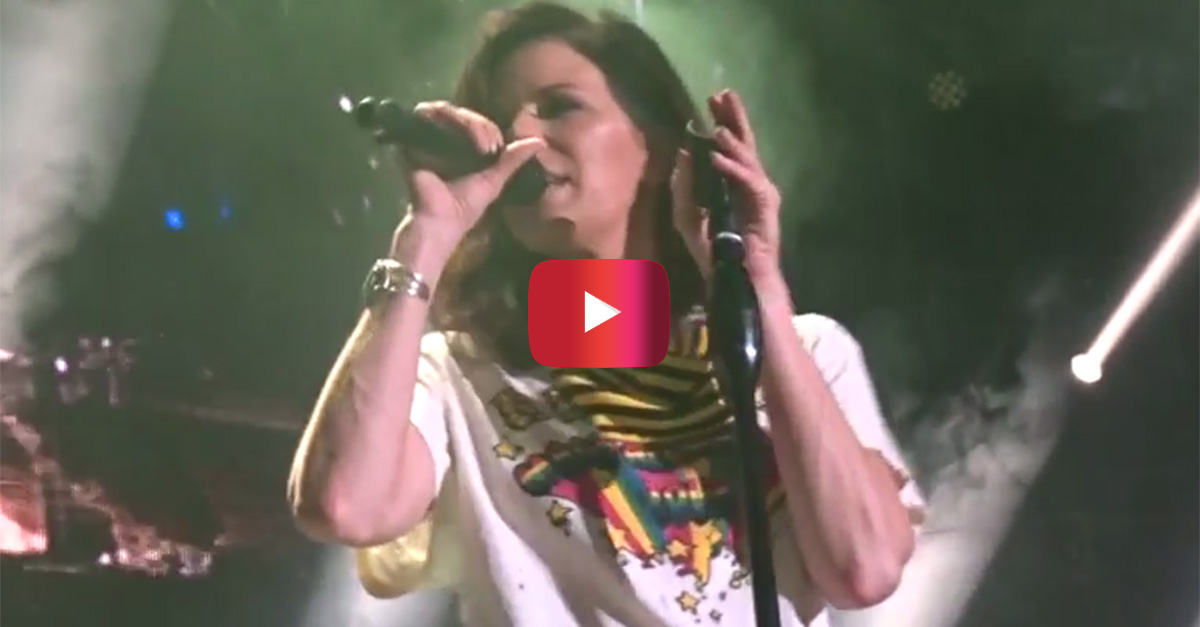 Back in June 2015, Little Big Town?s Jimi Westbrook was forced to undergo vocal surgery and then vocal rest. Now, it seems like those pipe troubles are long gone.

The group recently went across the pond to take the stage in Dublin on March 13, as part of the C2C: Country to Country music festival, and Jimi was front and center.

Shredding the lyrics to Fleetwood Mac?s 1977?s ?The Chain,? he takes the lead as the rest of the group put their high powered blending harmonies to use. While the camera floats from artist to artist across the smoky stage, you can tell that Jimi ? who is also husband to Little Big Town?s Karen Fairchild ? has no problem hitting all of his high notes.

Little Big Town is no stranger to covering Fleetwood Mac. In fact, the song has become somewhat of a fixture in the quartet’s set list. In 2013, the group also sang ?The Chain? during the CMT Music Awards, adding a fifth member ? guitar-slinger Keith Urban — to the mix.

In a sweet turn of events, the world sure seems to have a funny way of connecting certain people.

Aside from the doctor, who broke the news to Jimi that he needed surgery, it was Keith Urban who convinced him to actually have it.