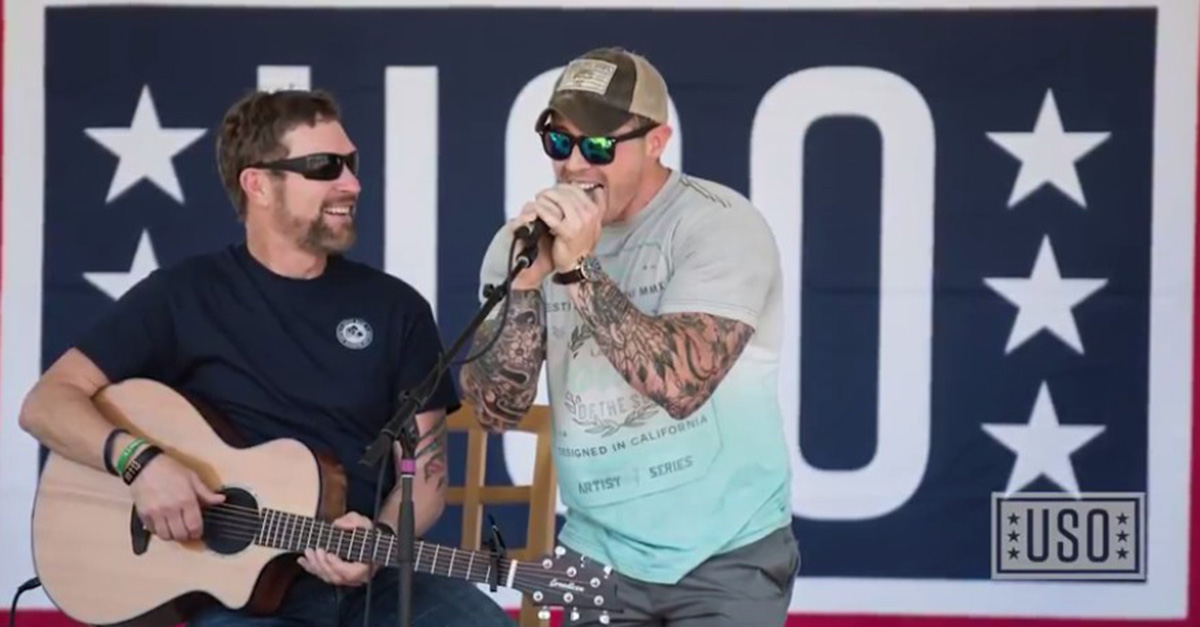 Country music proudly claims some of the greatest patriots in the entertainment industry. Part of the way they demonstrate their patriotism is by relentlessly supporting the troops with visit after visit to military bases in the United States and overseas. Among those passionate and patriotic singers is Craig Morgan, who is a United States Army veteran.

Craig has just celebrated a milestone with his eighth USO tour, and it was one for the books. This particular tour found him traveling through six countries with stops in locations like Hawaii, Guam, Qatar and Afghanistan with Vice Chairman of the Joint Chiefs of Staff General Paul J. Selva, UFC champion Dominick Cruz, mentalist Jim Karol, celebrity chef Robert Irvine and Olympic swimmer Katie Meili.

In a YouTube video, Craig talks about his extended services to the military.

“The reason I continue to work with the USO and coming back is for the same reason that the USO keeps doing what they do. It’s because we have men and women that are serving,” he says. “As long as they allow me to be a part of it and as long as I am physically able, I’m going to give it everything I can.”

RELATED: Blake Shelton brought a jolly jingle to New York City in support of the USO

He goes on to explain that his mission is to ensure that active military always know that their country cares for them and their service.

Craig Morgan, we salute you!