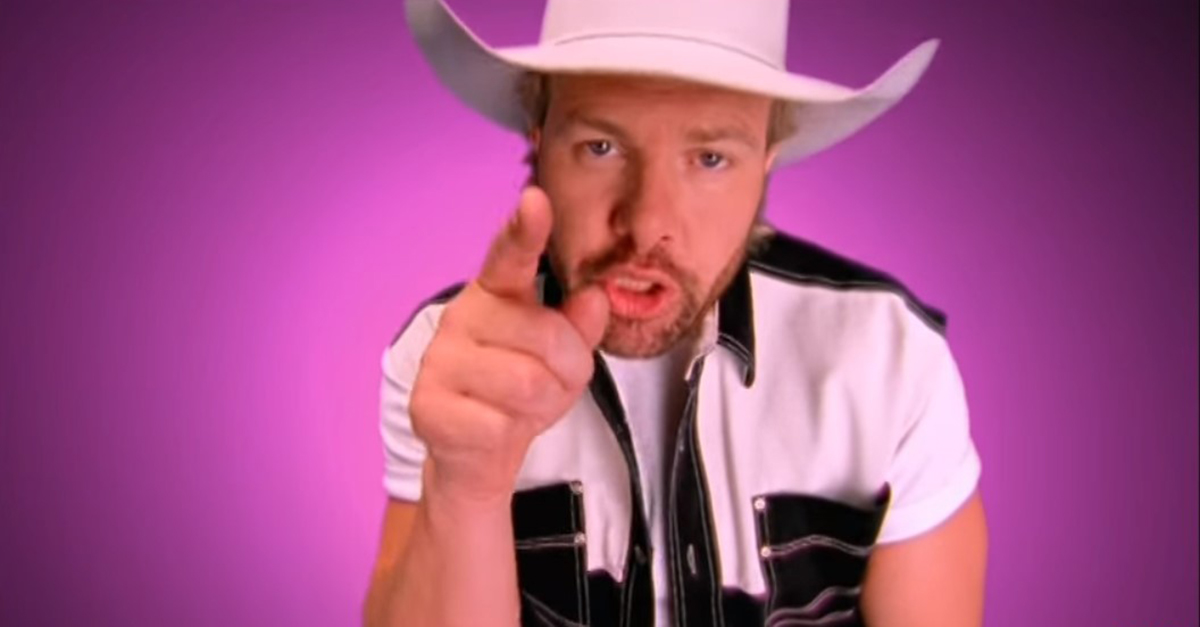 Imagine hearing the 2001 monster hit “I Wanna Talk About Me” come on the radio, except instead of hearing Toby Keith’s gruff voice singing it, you heard Blake Shelton instead.

In a recent Facebook post, legendary songwriter Bobby Braddock, who produced Blake’s first few albums and also wrote “I Wanna Talk About Me,” details the story behind the song. Bobby — the man behind such country classics as “He Stopped Loving Her Today,” “D-I-V-O-R-C-E” and “Time Marches On” — calls working with Blake “one of the most joyful times of my life.” But there was one disappointing moment.

RELATED: Take a listen to the Toby Keith song that had Willie Nelson in hysterics

PRODUCING BLAKE, ODDS AND ENDS: I recently read how much Blake Shelton makes a year co-hosting The Voice, and if I wore…

Before recording “Austin,” the song that became Blake’s first hit, Bobby had given him “I Wanna Talk About Me” to record, and executives at Blake’s then-record label, Giant, were considering it to be his debut single.

“Then they had it ‘tested’ by whoever it is that does that sort of thing,” Bobby writes. “They play little snippets of a song for people on the phone, I think. But the reaction was all negative. They said nobody liked it.”

RELATED: Tears flowed and Blake Shelton melted when he met this little angel

Bobby’s next move was to show the song to producer James Stroud, who immediately scooped it up for Toby to record. James “cut it on Toby pretty much the way I had cut it on Blake, and it went to No. 1 for five weeks,” Bobby writes. “Blake was scratching his head about that one for a long time.”

Still, Bobby thinks they ultimately made the right choice in introducing Blake with the poignant “Austin” instead. As he correctly points out, “It, too, went to No. 1 for five weeks [in 2001], the biggest debut single in 10 years.”

Somewhere in an archive, Blake’s version of the song likely still exists. Maybe one day we’ll all get to hear it.