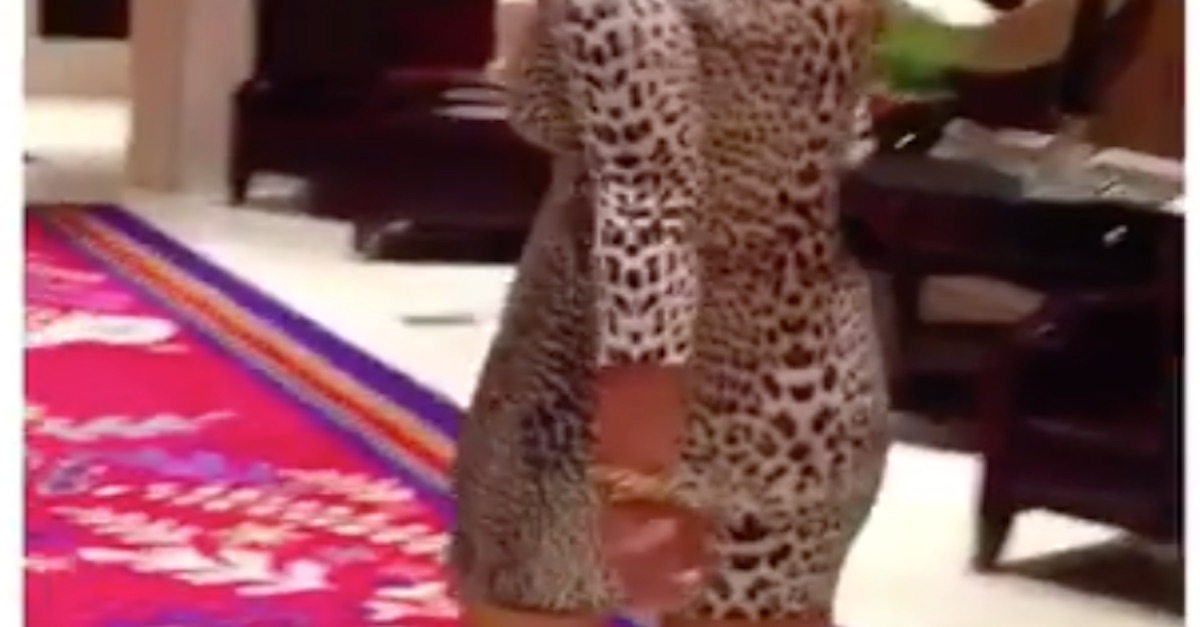 Sure, we love Garth Brooks and Trisha Yearwood onstage together as they make musical magic, but what takes us to the moon is how much they adore each other. Even though they are superstar celebrities, they do the most fun things to show that they’re also just normal people. That includes Garth ogling his breathtaking wife.

When the country music couple made an appearance to check out Trisha’s waxy doppelganger for the new Madam Tussaud’s exhibit in Nashville, Garth lingered a few steps behind his beautiful bride. As he records Trisha looking smoking hot in a leopard dress and bright stilettos, he turns the camera on himself to show a look of approval. When she glances over her shoulder, catching him in the act, he grins sheepishly and it becomes so obvious. He’s checking his wife out!

Garth shared the video on his Instagram page, along with a side-by-side of real Trisha and the wax version, and he says, “There is only ONE Trisha Yearwood.” Then he jokingly adds, “I do like how the other one listens, though.”

Garth and Trisha are still in the throes of their insanely successful world tour with shows coming up in Kansas City, Missouri and Champaign, Illinois. While no formal plans have been announced for what will happen when the tour wraps, we know that there has been some recording, as well as speculation about a trip overseas.

We’ll just sit back and wait for the news to unfold, but the jury is split on whether or not we’ll be checking out these wax country stars. What do you think of them?