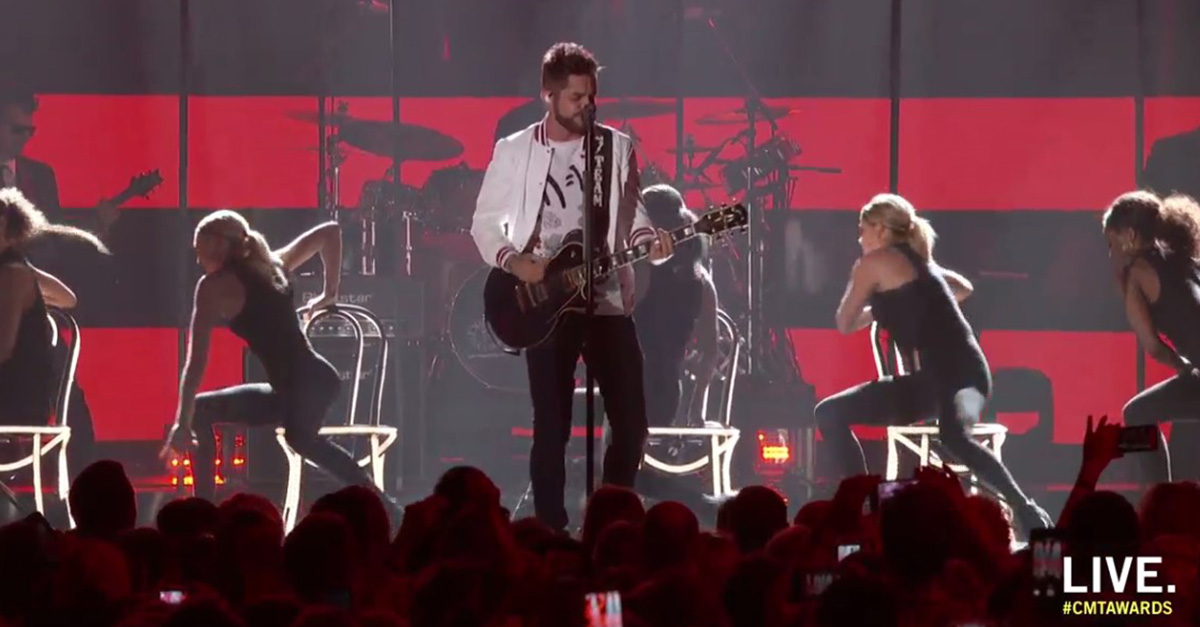 He performed his lead single, ?Craving You,? from his forthcoming third studio album due out later this year.

In the recorded version, Thomas sings ?Craving You? as a duet with fellow country star Maren Morris. But this time, he sang the electric hit solo.

In this clip, the 27-year-old Georgian is joined by a whole slew of sexy backup dancers. They dance on chairs in front of a giant red and black screen while he leans into the microphone to deliver the catchy lyrics about a girl he “craves.”

Of course, Thomas doesn?t have to miss his girl in real life, as his wife Lauren supported him from the audience. In fact, the camera panned to a shot of her beaming with joy during the song.

Speaking of Thomas? beloved bride, he and Lauren recently became new parents to 18-month-old Willa Gray, whom they adopted from Uganda in May. The couple is also expecting their first biological child in August.

The CMT Awards this year is hosted by ?Nashville? star Charles Esten. Watch the video above to see Thomas sing ?Craving You.?