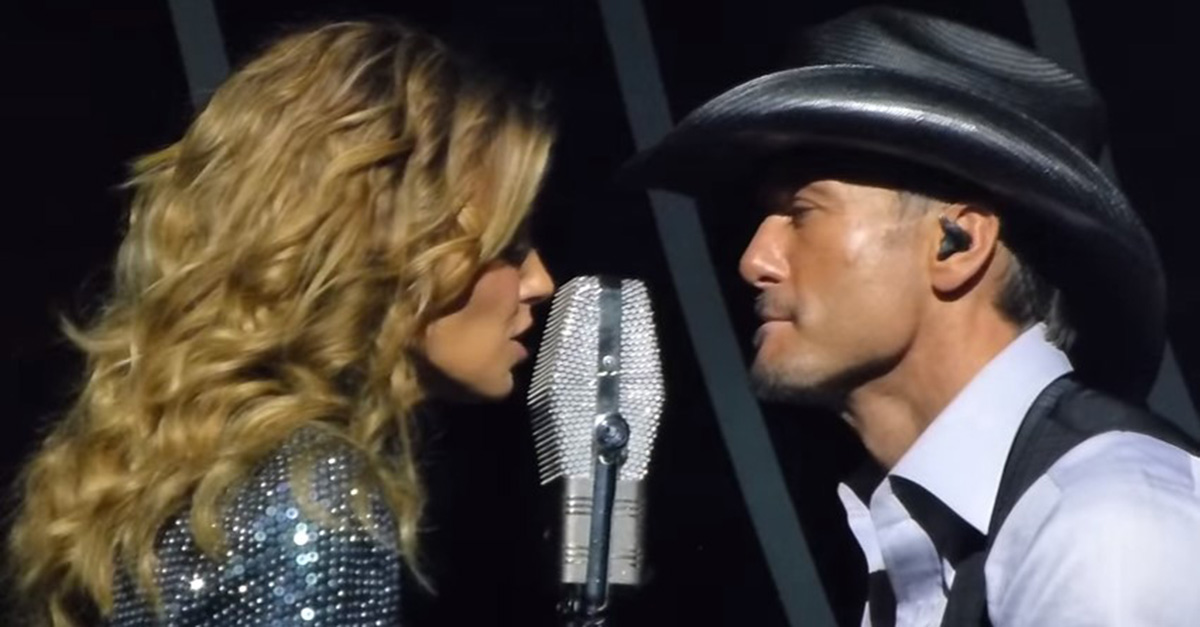 Tim McGraw and Faith Hill are each fantastic entertainers in their own right, but put them together and they just seem to create musical magic.

Their spellbinding chemistry will be amply evident April 2 when they perform their new hit duet, ?Speak to a Girl,? on the 52nd Annual Academy of Country Music Awards stage live from Las Vegas. But, there?s plenty more magic to come as the long-married couple gears up to not only tour together again beginning this spring, but also to release their first-ever joint album, which is due out later this year.

RELATED: Tim McGraw and Faith Hill are setting the record straight about their new duet

?Speak to a Girl? is the couple?s eighth duet overall, and second so far this year. It follows the January release of ?Keep Your Eyes on Me,? part of the soundtrack to the film ?The Shack? in which Tim stars. Two of the couple?s early duets ? ?Let?s Make Love? and ?Like We Never Loved at All? ? earned Grammy Awards in the category of best country collaboration with vocals, and ?It?s Your Love? also nabbed a CMA Award for the couple in the vocal event of the year category.

In anticipation of their first collaborative album, and their Sunday night ACM performance, we take a look back through some of the couple?s memorable duets through the years.

1997: ?It?s Your Love” — Newlywed (and pregnant) Faith is adorably trying to hide her baby bump in this video.

1998: “Just To Hear You Say That You Love Me” — This song showcases the couple?s great harmonies particularly well, and the simple, black-and-white clip keeps the focus on their vocals.

1999: ?Let?s Make Love? — Tim and Faith joyfully dance under the Eiffel Tower and explore other locations in Paris in this uber-romantic video.

2005: “Like We Never Loved At All? — This dramatic video shows a big-haired Faith being courted by another man as she pines for Tim, who plays her duet partner onscreen in a clever bit of art imitating life.

2007: ?I Need You? — This straightforward video shows the couple seated knee-to-knee in a room filled with lit candles.

2014: ?Meanwhile Back at Mamas? — Clad in black tie, Tim and Faith pine for a simpler life and a return to their roots.

2017: ?Keep Your Eyes on Me? —  The couple didn?t make a video for this one, but you can hear the spiritual song here.

2017: ?Speak to a Girl? — Just released on March 23, this song roared out of the gate as the couple?s highest-debuting single ever on Billboard?s Country Airplay Chart, entering the list at No. 19.