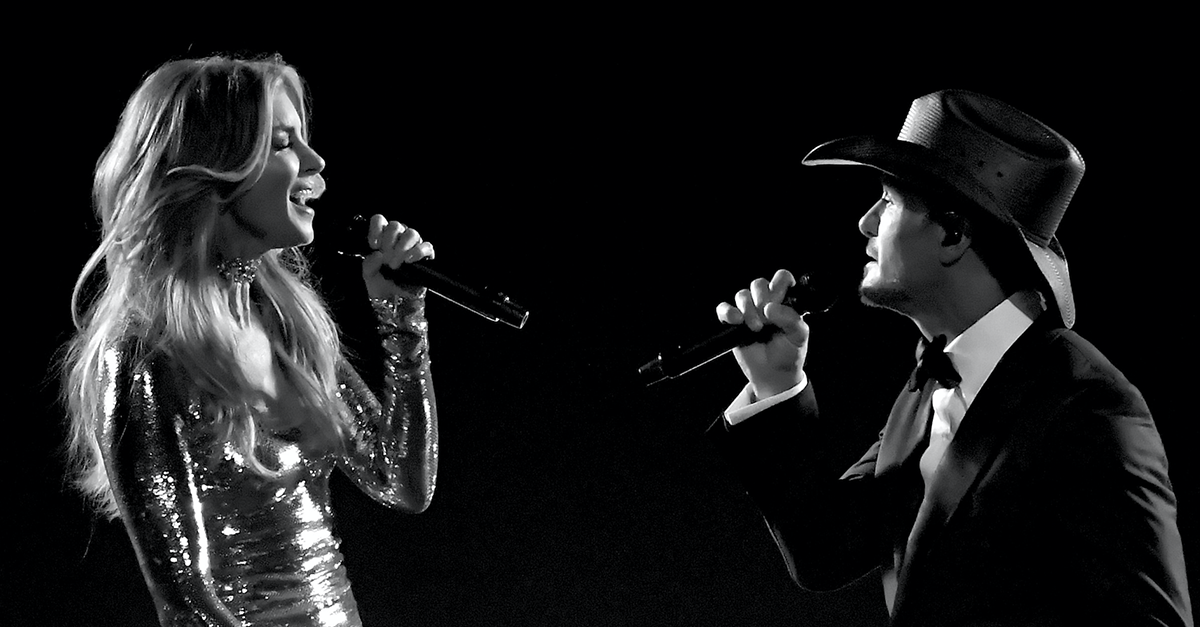 Tim McGraw and Faith Hill have been tapping into the ’80s lately with their cover choices, and we’re loving every minute of it.

Back when they announced their Soul II Soul Tour with a concert at Nashville’s Ryman Auditorium, Tim and Faith delivered a stunning cover of Kenny Rogers and Sheena Easton’s mid-’80s duet “We’ve Got Tonight.”

Now, Tim and Faith are headed back to the ’80s with their show-opening cover of George Michael and Aretha Franklin’s No. 1 hit from 1987, “I Knew You Were Waiting (For Me).”

The cover choice is poignant since we just lost George Michael on Christmas Day 2016, but it also applies to Faith’s fans waiting for her return to the stage. Tim and Faith last toured together a decade ago, so opening this trek with “I Knew You Were Waiting (For Me)” is a fun nod to that long wait finally coming to an end.

Of course, Tim and Faith are climbing the country chart with their own hit duet, “Speak to a Girl.” It’s the lead single from their first-ever duets album, due out later this year.

Now, for nostalgia’s sake, here’s George and Aretha’s video for “I Knew You Were Waiting (For Me).” Just classic!