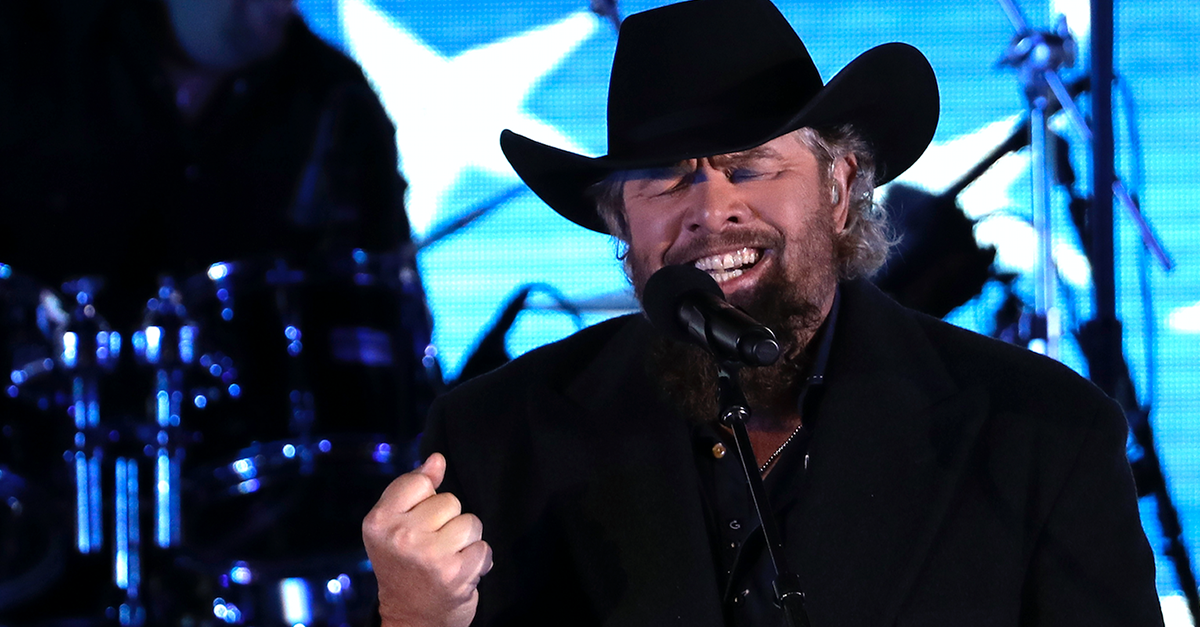 The country superstar tells “The Oklahoman,” “Anytime the commander-in-chief invites me to come play at a ceremony for our country, I’ll go. And I don’t care what anybody says about any of that. I’m a big boy. I can take the heat. I’m your guy.”

“Hell, yes, it’s an honor,” Toby says. “The president of the United States asks you to come do something, or you get to attend an event where the president is, you always go. It doesn’t matter which one you play for, you’re gonna get flak. And most people don’t wanna go ’cause they don’t want the flak. I take it as an honor.?