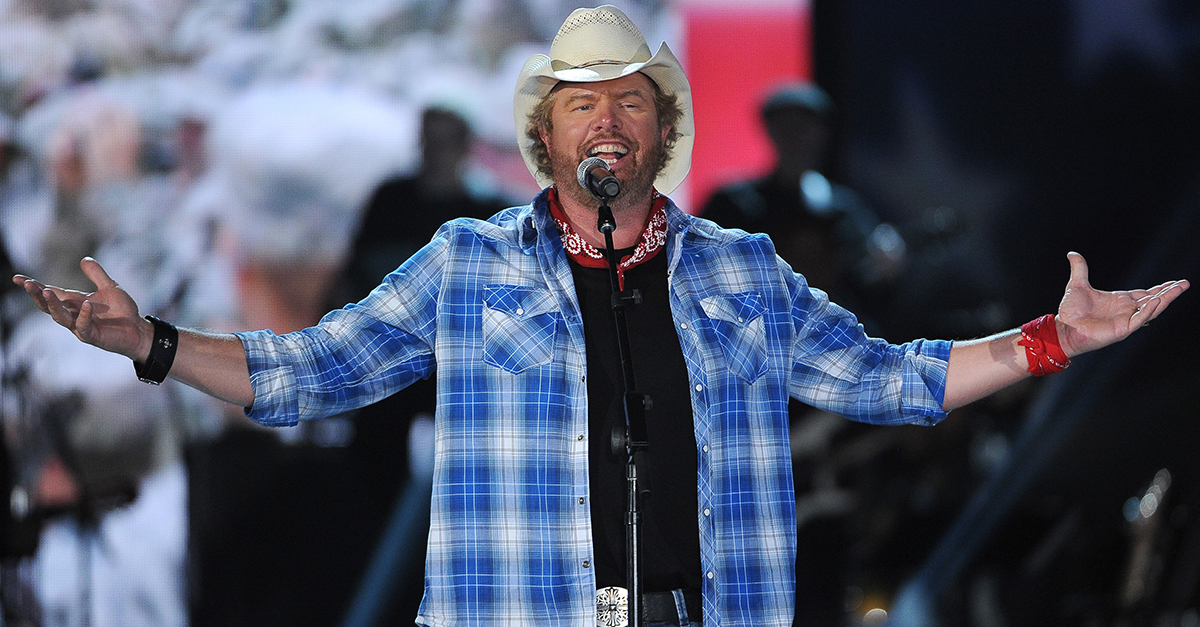 Country listeners have thought of Toby Keith as a political influencer since 2002 when he and the Dixie Chicks got into a public sparring match after comments that the Chicks’ Natalie Maines made in reference to Toby’s super hit “Courtesy of the Red, White and Blue.” Because of the flag-waving, chest-thumping message of military pride and his diligent support of the USO, most assumed Toby was a registered Republican.

Well, they would be wrong. He wasn’t then and never has been. But, he isn’t a Democrat either, although he once was. And while many country artists prefer not to voice their political allegiance for fear of alienating a fan base or accusations of using the stage as a platform to sway voters, Toby, who isn’t afraid of much, isn’t afraid of that either.

In a recent interview with the “Chicago Tribune,” he says “I was a Democrat my whole life. They kind of disowned me when I started supporting the troops, then I went and registered Independent. I’ve never been a registered Republican. It just keeps people off balance. They don’t know what to think.”

It seems rather odd to think that Toby played the Republican National Convention until you hear his explanation for it. The incredibly honest country star simply says, “It was just a paid party for the sponsors, just a private party for 1,200 people.” He also admits he was paid “a buttload of money” to play the event and if the Democratic National Convention asked him to play, he would have done that as well.

That is pretty middle of the road and artists are often paid to play private events for large public or private corporations that have the dough to fork over. You can’t blame a guy for making a buck.

But the question is, when you aren’t Republican and you aren’t Democratic and your party doesn’t have a candidate in the race, who do you vote for? Toby doesn’t shy away from answering that question either: “This election, I don’t think it makes a difference. I can’t believe there’s 300-million Americans in this country and we’ve got these two as our final two.”

And THAT is an opinion that is resonating with many.