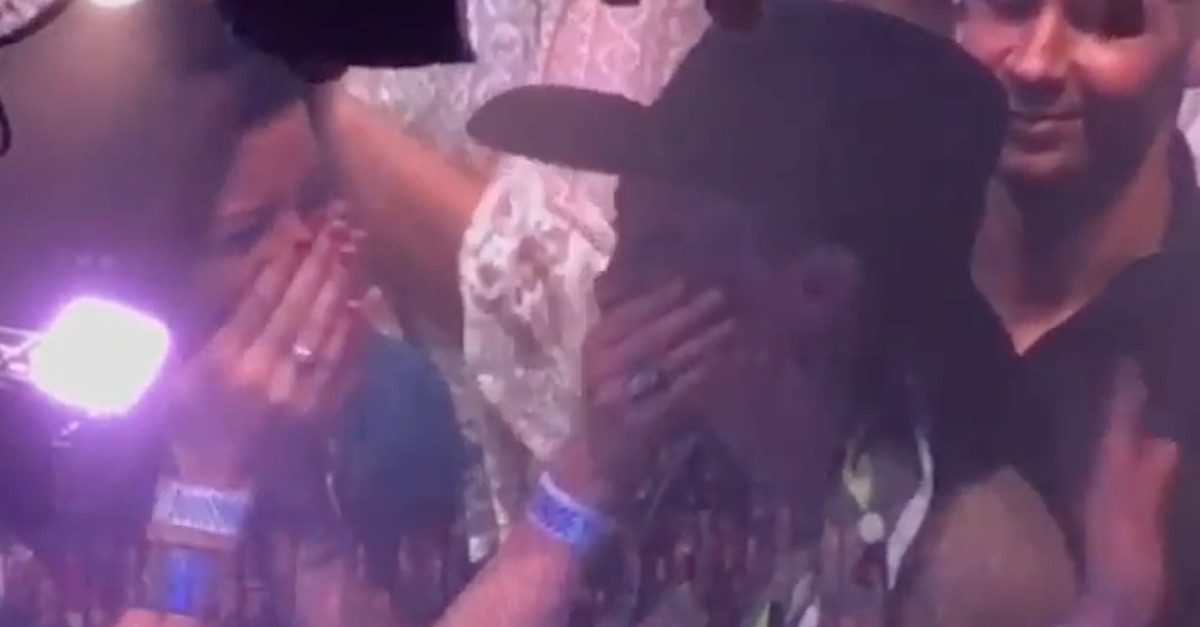 We’re always amazed at how much country stars can see while under the blinding bright lights of the concert stage. We’re also always amazed at the kindness and generosity of country stars, especially toward their loyal fans. Those two things collided in a big way at Garth Brooks and Trisha Yearwood’s show in Memphis on Feb. 4.

Pressed against the stage of the FedEx Forum was Beverly and her best friend. When Trisha spotted the pair, they added a third bestie to their squad.

RELATED: Trisha Yearwood gets mushy about her love for Garth on “The Chew”

In a YouTube video of the moment, Trisha explained that at that point in the show, she talked about the walks she had done with her family for breast cancer and how everyone has been through it in some capacity. If you remember, Trisha’s mother passed away from breast cancer in 2011. But on that Saturday night in Memphis, the country songbird said, “Usually we dedicate this song to everybody that has been through it, but Beverly, we’re going to put all the love and energy and prayer and everything for you.” She then added, “For everybody in this room that is kicking cancer’s ass, this song is for you,” before nailing a heartfelt rendition of her song, “PrizeFighter.”

Later in the evening, as Garth was closing his set with encores, he brought Trisha back out and asked her to introduce him to her new friend. After Garth hilariously commented, “Ms. Yearwood, I caught your show. I loved it,” he turned his attention to Beverly. With a ball cap in his hand, he explained how special the hat was to him, leading the crowd to believe that he was going to give it to Beverly, but then he removed his signature black cowboy hat from his head, handed it to the beautiful Beverly, and said she needed it to keep her head warm.

We weren’t the only ones moved by the gesture. Trisha snuggled up to her man and squeezed in a little kiss before they continued the show with “Walkaway Joe” for an enthusiastic fan high up in the arena.

We’re inventing new feels for this one.